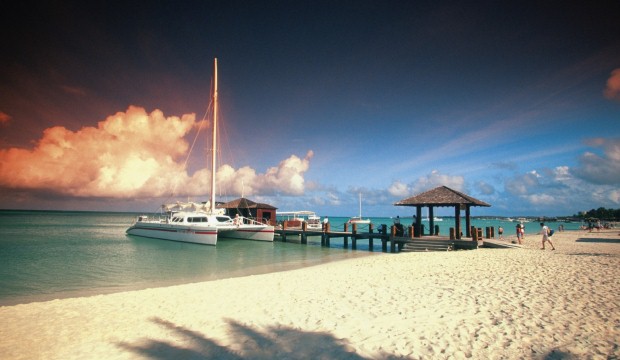 Aruba's Hard Rock Hotel and Casino will be the latest addition to the Caribbean Island's growing portfolio of luxury accommodation.

Record growth for cruises in Aruba

Aruba is becoming increasingly popular with cruise holidaymakers, with the Aruba Cruise Tourism Authority reporting a record growth in numbers of cruise passengers in 2011.

Holidaymakers visiting Aruba can now make the most of new amenities and services at the island's oldest hotel, the Radisson Aruba Resort, Casino and Spa.

Aruba is set to enjoy a boost in popularity among British travellers as a result of additional flights to the island being made available this winter.

Aruba one of the Caribbean's most sought-after destinations

The Caribbean holiday destination of Aruba has long been a favourite destination for Brits seeking breaks on sandy beaches with an idyllic climate, but the hotspot has proven its popularity in a recent poll.

A tourist hotspot, Aruba is autonomous territory of the Kingdom of the Netherlands and is part of the group of islands called the Lesser Antilles, situated off South America's Caribbean coast.

The stunning beaches are the highlight of Aruba. The two-mile-long strip known as Palm Beach is home to glamorous hotels, restaurants and shops and the calm waters make this spot ideal for swimming. If it’s more secluded beaches you’re after, head to the windward coast, where you’ll find limestone-carved coves and isolated inlets.

The capital of Oranjestad, with its colourful colonial architecture, offers tax free shopping – the perfect afternoon activity after a morning on the beach.

There’s far more to see than just the beaches, however. You will find some of the best wreck diving in the Caribbean in Aruba, where the seas are rich in exotic marine life and most of the island's dive sites lie along the protected western and southern coasts.

There are over half a dozen wrecks submerged in its waters, including the spectacular Antilla, a 400-foot German freighter which dates from World War II, which is the largest wreck in the Caribbean.

Arikok National Park makes up nearly 20 per cent of the island's total landmass and is home to a number of indigenous species of wildlife, flora and fauna characteristic of Aruba's unique tropical desert climate, as well as historical sites such as the Fontein and Quadarikiri caves, which feature ancient Indian paintings.

Why choose Costa Rica for an adventure holiday?

Holidays made easy with car hire in Cork