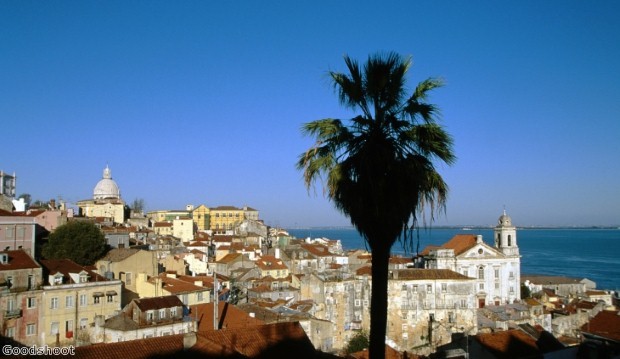 How to get there:
We flew from Amsterdam with TAP, the Portuguese national carrier, which took three hours. They fly to Gatwick, Heathrow and Manchester airports in the UK, with a similar flight time. This was superb value – flights from Gatwick to Lisbon start at just £59 one way.

What to see:
From Lisbon airport, the Aeroport bus transfer service provides a quick service to the city centre. However, if you’re heavily laden with baggage then take a taxi – they’re cheap; it’s only 10 euro to the city centre.

Lisbon is charming. The tile-clad architecture that lines the cobbled (and very hilly!) streets is captivating, albeit in a state of elegant disrepair – which, to be fair, is a charm in itself.

The city is very walkable (or ‘tram rideable’), very laid back, with a huge range of restaurants, bars and cafés. The excellent weather and cheap prices are a real bonus; take for example the tourist staple of a bottle of water, we found this in a corner shop for 50 cents (40p) for 1.5 litres. You’d pay five times that in London!

Our first activity was a climb from Commercio Square, via the Se Cathedral, up to St Jorge’s Castle. The castle provides an excellent viewpoint over the city and beyond – the perfect way to get acquainted with Lisbon. Admission is 8 euro, and worth it for the view alone.

Head out to the Belem district (bus or tram – it’s not far) for the Jeronimos Monastery which is peaceful, photogenic and free to enter. Also be sure to stop off at the Cultural Centre’s Museum of Modern Art. The Centre houses the excellent Berardo collection of modern art, most of which was interesting and well-displayed, plus admission was free here also. 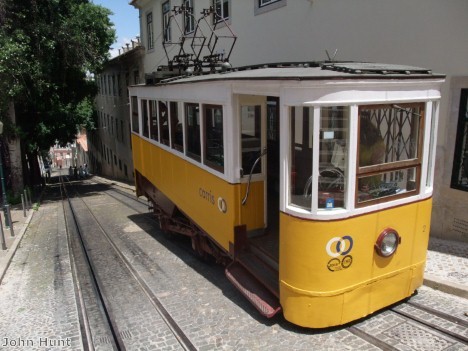 A visit to Lisbon is incomplete without riding the infamous ‘tram 28’. This tram has become popular with tourists to view the city without having to walk up and down its steep slopes. The route runs from one side of the city to the other, you can get off at the end and then jump on the next returning tram until you reach the end of the line. Back in the centre of town is the new MUDE design museum. It too is free and well worth a look.

On Mondays, nearly all attractions such as museums, galleries etc are closed, but open for business were both the Zoo (Jardim Zoológico de Lisboa) and Oceanario Aquarium. Although located on opposite sides of the city, the metro (fast and frequent; a day pass is just 5 euro) will get you there quickly and easily.

The zoo was excellent and relatively quiet. I was impressed by the large enclosures the animals had and, best of all, there is a dolphin show which is not to be missed. I've never seen anything like it; at times it was breathtaking. A cable car ride runs above and around the zoo, and this is superb also. Admission is 18 euro. 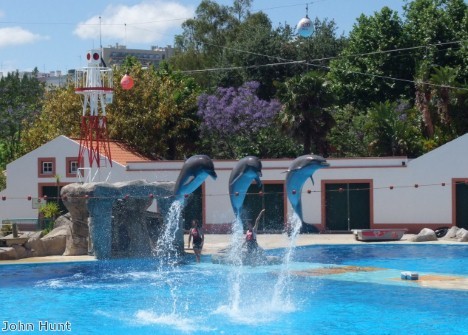 The Oceanario is also excellent and really well designed. There are awesome sea turtles which swim below you as you stand on a glass walkway. The central aquarium is designed around one giant two-level tank with many smaller tanks and displays around the outside. A highlight was some contented looking sea otters lying on their backs munching on pieces of crab; looked like a good life to me! Admission is 13 euro.

If you fancy a day trip then you can visit the Moorish Castle and Pena Palace located near Sintra. The town is reached via train from Rossio station and the 434 bus will take you to the sites. The structures are built atop steep hills and you’ll need to get your walking legs. When we visited it was really cloudy so we weren’t rewarded with mountain views; I’m sure it’s more awe-inspiring on a clear day. 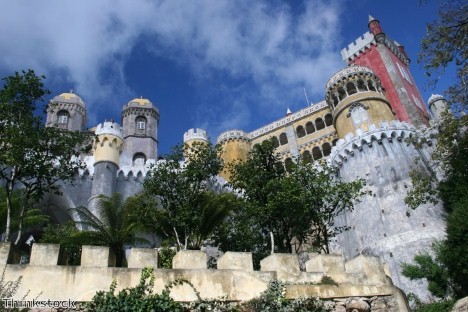 Pena Palace itself (pictured left) although pretty spectacular from the outside, was also a bit of a let-down; there wasn’t much description about the displays you were looking at and it was not as extensive as I expected.  Admission to both sites 16 euro in total.

It’s a beautiful (albeit battered in places) city with a superb climate and loads to see. It’s inexpensive, yet cosmopolitan, and comes highly recommended. Take your walking shoes…

Where to stay:
We hit the jackpot with the Corinthia Hotel Lisbon. This five-star property is in the northwest of the city (next to the Zoo, as it happens) but right next to a metro stop. It’s big, bustling and beautifully appointed.

Our corner room was spacious and light, with flat-screen TV, free WiFi and large bathroom. Downstairs is a 20m pool (adjacent to a spa and wellness centre – further charges apply). Everything was superb but the most remarkable thing about Corinthia was the price: a double room with breakfast costs from just 90 euro – that’s only £70. For an extra 30 euro – still less than £100 a night, you can get an executive room which grants access to the ‘Sky Lounge’ on the 24th floor. This large space provides private breakfast (with champagne if you fancy it!) for the executive guests and an all-day snack buffet with complimentary beer and wine to be enjoyed with superb views across the city. There are computers, a colour printer and meeting rooms for the business traveller. Again, you’d pay double if not treble the amount to get something of this standard in London. This was a bargain.

Get the most from your gap year by teaching abroad

Top 5 holiday parks in the UK