What is there to see in Kathmandu? 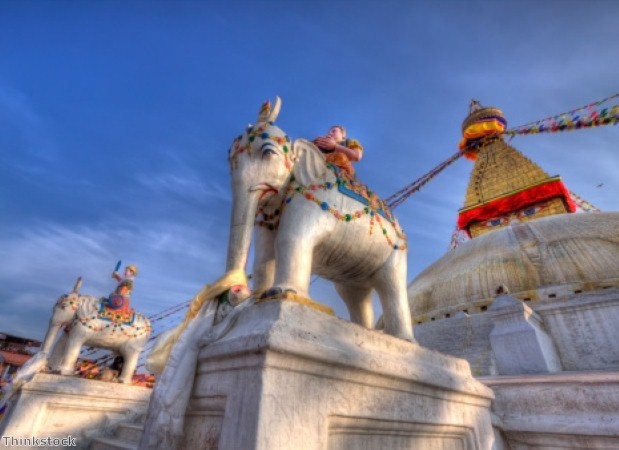 Kathmandu is where many tours to Nepal will begin, but you should not simply view the city as a stopover point before your holiday starts in earnest. There are many fascinating things to see in the capital, including several UNESCO World Heritage sites.

Before you head to one of Nepal's mountain regions, you will usually have at least one day during which you can explore Kathmandu.

One of the best ways to get to grips with the city's history and culture is to go on a tour of its major sites, although you may find you want to return to some of these before your holiday comes to an end in order to fully appreciate them.

A popular route will see you head through the tourist district of Thamel to Durbar Square, considered to be one of the major focal points for the city.

It is a UNESCO World Heritage site due to the temples, palaces and courtyards that surround it, all dating from between the 12th and 18th centuries. The monuments here were constructed by the Malla kings who used to rule over the nation.

Among the most fascinating buildings are the Taleju Temple – one of oldest in the square and easily distinguishable thanks to its three roofs – the Janganath Temple and the statue of King Pratap Malla.

Once you have finished marvelling at the sights around Durbar Square, you can make your way to one of the world's most important Hindu shrines – Pashupatinath Temple.

This is actually a complex of temples dedicated to Shiva situated on the banks of the Bagmati River, a holy waterway for Hindus. Cremations take place here every day and pilgrims can often be seen bathing in the river.

Be sure to take some time to explore the shrines here, as many are ornately decorated with intricate carvings, while the roofs are gold-plated and the doors are coated in silver.

From here, you can visit a site relating to another of Nepal's major religions, Buddhism. The Bouddhanath Stupa is one of the largest in the world, standing some 36 m high.

It is decorated with hundreds of prayer wheels, and each side features the eye of Buddha. You will also find numerous images of Buddha dotted around the temple.

Meanwhile, the surrounding area is home to over 45 Buddhist monasteries and if you are planning Nepal holidays to coincide with one of the religion's festivals, you are likely to see scores of monks heading to the stupa to worship.

Another place to take in before you embark on your Nepal adventure in the mountains is Bhaktapur, an ancient city that was founded in the 12th century by King Ananda Malla and was the capital of the Greater Malla Kingdom until the 15th century.

A good starting point is Durbar Square, one of three plazas with this name in the Kathmandu Valley. One sight you should look out for is the 55-Window Palace, which was a royal residence until 1769. If you have the patience, you could even count the windows to see if the name is accurate!

The city is full of amazing wood-carved temples, some of which display an extraordinary level of detail. You could easily spend hours wandering around its narrow streets, admiring the old buildings you see on every side.

Regardless of where the rest of your holiday will take you, make sure you do not neglect the sights and sounds of Kathmandu on your trip to Nepal.