Visit Antigua in July for the colourful Carnival 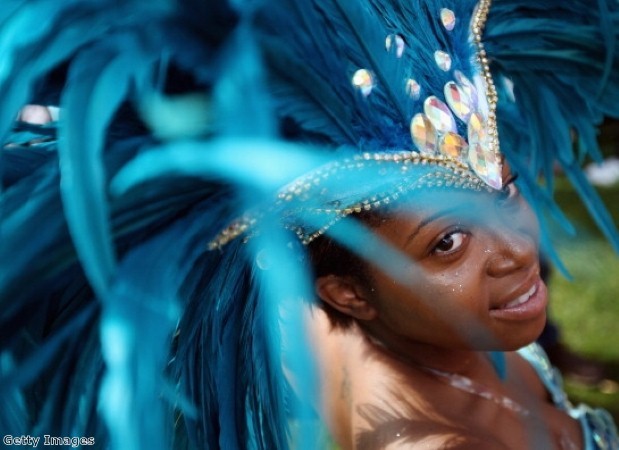 Check out the stunning Antigua Carnival

While Antigua's wealth of golden beaches and beautiful weather makes it a great holiday destination at any time of year, it is perhaps particularly worth visiting in late July. By doing so, you may get to be a part of its wonderful Carnival.

Taking place every year, this awesome ten-day event consists of dozens of music and dance performances – as well as parades and pageantry contests – making for a colourful spectacle that captivates all the senses.

This year's Carnival runs from July 27th to August 6th, so if you're keen to attend the festivities you ought to look into arranging your flights and accommodation sooner rather than later. As it is one of the biggest events to take place on the island, you should be prepared for things to get booked up quite quickly.

However, if you take the time to seek out holiday deals to Antigua – such as those that can be found here – you can be sure that you won't miss out on a single thing that the Carnival has to offer, and there is certainly plenty to take in!

If you have never been to the Carnival before, it is a good idea to familiarise yourself with the event's origins. Like many other parts of the Caribbean, Antigua was part of the British Empire in the 17th and 18th centuries when slaves were brought over from Africa to work on the country's sugarcane fields. This practice came to an end in 1834, with the island notable for being the first place in the British-ruled Caribbean where slavery was abolished.

Soon after, the locals held a carnival to celebrate the island's emancipation, with the event now a firm part of the social calendar. Indeed, many Antiguans will spend the entire year preparing for the festivities and, when late July rolls around, everyone gets involved in one big party.

No matter what your age or interests, you are certain to discover that the Carnival offers something for you. Here is a look at the main aspects of the spectacle.

Music – In the same way as similar events in other parts of the Caribbean, music plays a large role in the Carnival. You can expect to hear a wide array of genres, including soca, calypso and reggae, while the distinctive sound of the steel pan can be heard every day of the event. Indeed, steel pan bands from across Antigua converge battle for the honour of being named the best on the island that year.

Pageantry – You can also observe a number of beauty pageants during the course of the Carnival. Here, a bevy of beautiful women from all across the island compete to be named that year's Queen of Carnival. In doing so, they have to showcase a special talent, wear an array of stunning outfits and give speeches in front of judges who will then decide who will take the honour.

Parades – The Carnival kicks off with a colourful parade that sees floats and costumed revellers make their way through the streets of the Antiguan capital of St John's, with the event culminating in a fantastic firework display. As exciting as this procession is, it is perhaps overshadowed by the J'ouvert. This takes place towards the end of the festivities, with partygoers often waking up in the early hours of the morning so they can enjoy a full day and night of fun and frivolity.

Book an airport taxi with HolidayTaxis.com

A look at France's most romantic landscapes

Five things to discover in Strasbourg