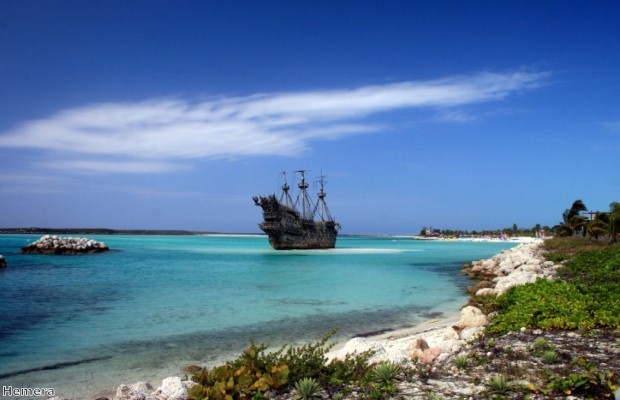 Fed up of the UK rain and want to catch the sun on holiday instead? You aren't the only one – over the past few soggy weeks Virgin Holidays have seen demand for overseas sunshine holidays jump up by 55 per cent since this time last year, as Brits look to escape rain of Biblical proportions.

The wet weather is even inspiring the travel company to consider a 'downpour discount' whereby the more it rains in the UK, the cheaper sunshine holidays abroad become.

The Caribbean was the most popular destination for travellers this past gloomy weekend, with many drawn to the idea of a tropical beach paradise getaway. This was closely followed by Florida – the family friendly Sunshine State, where it has been a balmy 31 degrees.

Every day there have been over 600 enquiries about Orlando villas alone and, despite last week’s confirmation that the country has slipped in to a double dip recession, Brits seem willing to pay for their sunshine more than ever – with the average family of four getting away to the Caribbean from £2,866, or to Florida from £2,159.

Although the news is good for overseas tourism, the bad weather appears to be having a detrimental effect on UK staycations, despite recent campaigns encouraging Brits to holiday at home this year.

Amanda Wills, managing director of Virgin Holidays, said: “The increase in demand across all of our channels tells us that consumers are desperate to find some sun. There are some fantastic bargains to be had and the surging value of the pound means that their hard-earned cash goes further once they get there.

“After the wettest April in a century, and numerous predictions for an overcrowded, washout summer, it’s hard to blame them for turning their back on the staycation.”

‘Soggy Sunday’, April 29th, was the wettest day so far in a record-breaking month, which has seen an average of 97mm of rain fall across the UK – 166 per cent more than the normal average for April.

Nearly half of families would choose a hot and sunny Christmas holiday over a snowy destination, a new survey of parents reveals.