Explore some hidden gems on a Baltic cruise 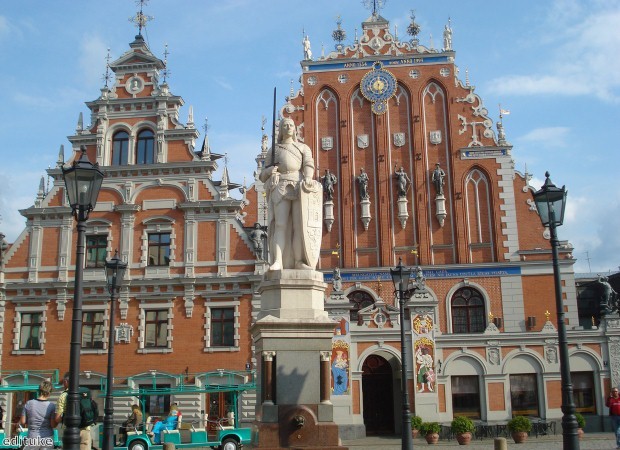 Visit Riga on a Baltic cruise

When you think about the places you're likely to visit on a Baltic cruise, chances are renowned locations such as St Petersburg, Helsinki and Copenhagen will all spring to mind. However, it's worth exploring destinations a little off the beaten tourist track to experience some real Baltic gems. Read on to find out more.

If you enjoy taking in naturally-beautiful landscapes, a visit to Faaborg on the Danish island of Funen is a must. The town boasts lush hillsides and tranquil lakes, in addition to the rugged mountains of Svanninge Bakker Svanninge Bjerge, which were formed during the Ice Age.

As well as the natural attractiveness of the town, you can admire its equally-breathtaking manmade creations, such as Hvedholm Castle in Horne, which is characterised by pretty towers and spires. Head inside for a wine-tasting session, or make your way to the Renaissance fortress of Egeskov, which was built in 1554 and houses ten museums.

As the capital of Latvia, Riga is surprisingly overlooked on many cruise itineraries. History buffs and those with an interest in architecture will relish the chance to explore this fascinating city, which has ancient origins and a rich history.

The beautiful old buildings in the centre – many of which are Art Nouveau or Medieval in style – are remarkably well preserved and as a result, the settlement is a UNESCO World Heritage Site. In addition to these, other attractions you won't want to miss include the beautiful Gauja National Park, the awe-inspiring Rundale Palace and the golden sands of the beach at Ventspils, which has Blue Flag status.

The Hanseatic town of Visby is another UNESCO World Heritage Site and boasts a fascinating history. Located on the Swedish island of Gotland, the settlement is a former Viking site and was the Hanseatic League's main centre for two centuries.

Climb ashore when your cruise ship docks and you'll be able to explore 13th century ramparts, former merchants' house and hundreds of warehouses as you make your way around the fortified area. Afterwards, call in at the open-air museum of Bungemuseet, which has many farm buildings from the 1600s and 1700s, or become a Viking at the village in Tofta, which recreates a 9th century settlement that includes a smithy, longhouse and market stalls.

The haven for beach bums

Warnemunde was once a small fishing village and has grown over the years to become an important sea resort. Its most popular draw for the tourists who arrive here has to be the impressive beach, which is over 100 m wide and more than 15 km long.

Whether you want to relax on the sand and soak up the sun, take a refreshing dip in the Baltic Sea or have a go at some water sports, you'll have plenty of opportunity here. Afterwards, visit the Lighthouse, which was built in the 19th century, and admire the unusual round Teepot building, which has an unconventional roof structure and houses a collection of artefacts compiled by seamen and globetrotters.

If you're hoping to pamper yourself during your cruise, stop off at Mariehamn in Finland. The town became popular among tourists at the turn of the century, who were attracted by the spas here until World War I put an end to them.

After a number of decades, Mariehamn revived spa tourism and now boasts a 3,300 sq m bathing spot called Mariebad just a short walk from the town centre. Here, you'll find a number of pools, an outdoor bath, waterfalls and a tall slide.

Why choose a full service sailing holiday for your next trip?