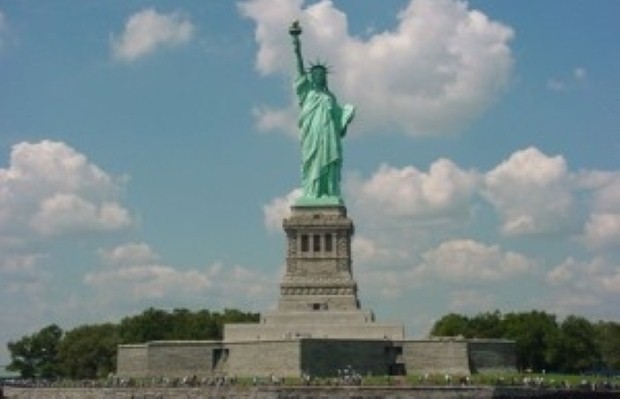 The US takes its independence seriously.

Today (July 4th) marks Independence Day in the US, with towns and cities across the country holding their own celebrations for the holiday.

TripAdvisor has created a list of some of the most up-and-coming holiday hotspots to give those flying stateside some inspiration.

It pointed to Minnesota’s Minneapolis as a place that is growing in popularity, with searches to the city up 162 per cent among British travellers in the past 12 months.

Shoppers will love the Mall of America – the largest in the country – and could be in their element with the pound currently strong against the dollar.

Meanwhile, Virginia’s Arlington is also enjoying a surge in search numbers and is a culture vulture’s paradise with a rich history, the new Artisphere cultural centre and its close proximity to Washington DC.

Kansas City is currently benefiting from a multi-billion dollar improvement plan, with the downtown area seeing great changes over the past few years.

Meanwhile, Pennsylvania’s Pittsburgh was described as one of the country’s most beautiful cities in the Huffington Post and is renowned for its high quality of life.

The new Rivers Casino and Stage AE amphitheatre might also be part of the reason why there has been an 86 per cent year-on-year rise in searches for the city on TripAdvisor.

Other great places to celebrate Independence Day include Philadelphia, where visitors can check out the Liberty Bell – a major symbol of US independence.

TrekAmerica is preparing to celebrate American Independence Day with a last minute 'flash sale' – offering a 20 per cent discount on one of the most popular tours.

'Up and coming' destinations for 2006 named

Destinations as diverse as Belem, Brazil and Glasgow, Scotland are among the picks for 2006 by the editor of Frommer's travel guide.

If you're planning a visit to the States in July, be sure to make plans for America's Independence Day on the Fourth.

The crown of the iconic Statue of Liberty in New York is to reopen for the first time today since the September 11th 2001 terror attacks.