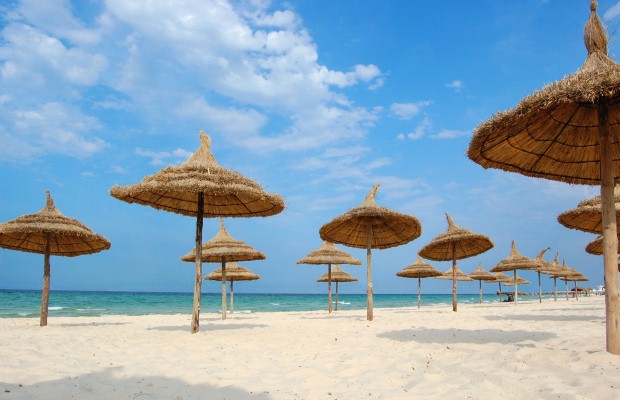 Over 180,000 visitors from the UK and Ireland have travelled to Tunisia this year

UK visitors to Tunisia more than doubled last month, with a 50.7 per cent increase on July 2011.

Figures for January to July 2012 were 53.8 per cent higher than the same period in 2011 with Irish visitors increasing a staggering 83.9 per cent when compared to last year. To date, over 180,000 visitors from the UK and Ireland have travelled to Tunisia this year.

The latest figures demonstrate the resilience of the UK market, with British visitors heading to Tunisia to celebrate the country’s new found freedom and optimism.

2012 has seen a number of new routes, hotel openings, new attractions and promotions from tour operators, making travelling to Tunisia even more exciting.

The renowned Bardo museum reopened its doors to visitors in May after years of expansion and renovation. The exhibition showcases ancient mosaics, the oldest dating back to the 2nd century.

Wahida Jaiet, UK & Ireland Director for the TNTO said: “It is wonderful to see so many people from the UK and Ireland travelling back to Tunisia. I only expect to see these figures increase as more visitors learn about our incredible country.”

“Tunisia is spoilt with luxury hotels, world class thalassotherapy centres, beautiful beaches and thousands of years of history. It is a pleasure to share all our country has to offer with so many new and returning visitors from the UK and Ireland,” she added.

UK visitor figures to the summer holiday hotspot of Tunisia are up 29 per cent, according to the Tunisian tourist office.

Thomas Cook's annual Holiday Cost of Living 2009 survey has highlighted daily prices in many resorts are still significantly cheaper than staying in the UK, even against the backdrop of a stronger euro against the pound.

Hailed as the ultimate 'surfers' paradise' it seems Australia's premier beaches have fallen rapidly from grace as Brits now value safety and price above all else in the latest best beaches in the world poll.