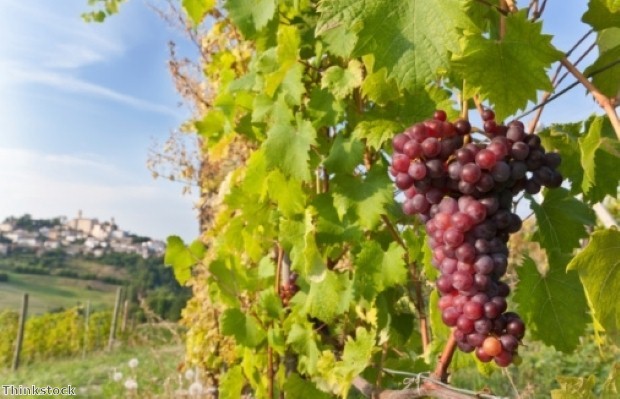 New Year’s Eve is the chance to celebrate the past year and bring in the New Year with a bang. However, some countries have quirkier traditions than others. From colourful underwear to grape-eating, here are our top five from around the world!

Philippines
Bisperas ng Bagong Taon (New Year’s Eve) is a colourful time in the Philippines and is known as the noisiest time of the year! Filipinos go all out with an array of fizzling firecrackers and pots and pans are clanged to scare away evil spirits. Another tradition is to wear clothes with polka-dots – the roundness signifies prosperity. Pockets are also filled with round coins, which are jangled to attract wealth. Traditional cuisine includes pancit (noodles) signifying long life and eggs, signifying new life. Traditional delicacies made from malagkit (sticky rice) like biko are also prepared so that good fortune will stick around throughout the year.

Spain
Eating 12 grapes at midnight is a long-standing tradition in Spain. The ‘twelve grapes of luck’ are consumed in time with each bell strike of the Puerta del Sol tower clock in Madrid at midnight on New Year’s Eve to grant good fortune for the New Year. A tradition which started in 1909 – when alicantese vine growers thought it up to sell huge amounts of grapes from an excellent harvest – the ‘twelve grapes of luck’ are now a national superstition which has been carried over to other Spanish-influenced countries, such as Mexico.

Japan
Many traditional customs are observed at the beginning of the New Year in Japan, derived from ancient harvest rituals and religious ceremonies. December 31st (New Year’s Eve) is a very important day in Japan and one tradition – which started in the Edo period (1603–1868) and is followed by most families – is eating buckwheat noodles (soba) for dinner to wish for a life that’s as long as the long, skinny noodles they’re eating. At midnight Buddhist temple bells are rung 108 times; one explanation for the bell-ringing is that this is done to forswear the 108 human desires. New Year’s Day is believed to have special supernatural powers, and praying to the first sunrise of the year (Hatsu-hinode) has become a popular practice since the Meiji era (1868–1912). Even today, crowds gather on mountain tops or beaches to pray for good fortune and health in the New Year. Visiting a temple or shrine on New Year’s Day (Hatsumode) is also tradition.

Mexico
If you find a Mexican stripping off on New Year’s Eve you’ll find them wearing very colourful underwear – a popular tradition at New Year in Mexico. Red underwear is said to bring good luck in love and yellow underwear, good luck with money. Like in Spain, Mexicans also observe the ‘twelve grapes of luck’ tradition, making a wish with each grape eaten and at midnight on New Year’s Eve, families symbolically sweep out ‘the old’ from their houses, then toss some coins on the ground and sweep them into the house for prosperity.

Scotland
Hogmanay – the last day of the year – has become one of the world's most recognised New Year's celebrations. The roots of Hogmanay date back to the celebration of the winter solstice, incorporating elements of the Gaelic celebration of Samhain. Alongside the well-known street parties, there are also some rather quirky traditions, such as ‘redding’ – the equivalent of a spring clean. On New Year’s Eve Scots clean their houses before the bells strike at midnight to create a ‘new slate’ for the New Year. Another tradition is the Loony Dook. Since 1987, the hardy Scots have taken the plunge into the icy cold River Forth in South Queensferry, Edinburgh, on New Year’s Day for a refreshing start to the year. A sure-fire way to get rid of a hangover!

Are you looking for New Year's holiday ideas for 2011 but weary with all the disappointing party hype?

From a herring feast in Sweden to bell-ringing in France, here are some of our favourite quirky Easter traditions from around the world:

If you miss your childhood years when it was acceptable to throw food around (or down yourself in most cases) then fear not – hurling foodstuffs around has not lost its allure. From pummelling participants into a tomatoey pulp in Spain, to custard pie flinging championships in the UK, here are the best food fights in the world:

Explore the Florida Keys for its beautiful beaches