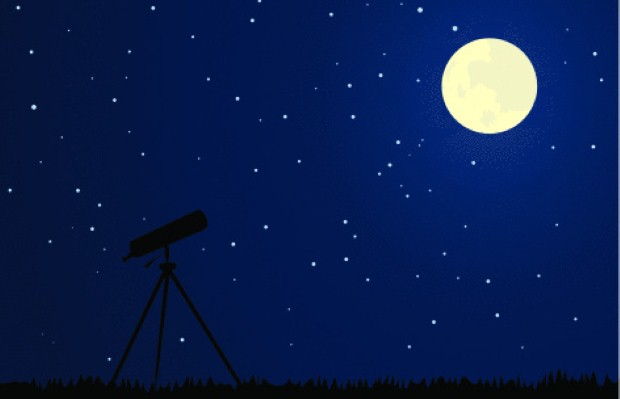 The esteemed accreditation is awarded by the International Dark-Sky Association, based in the USA.

To get through the rigorous application process local astronomers conducted a survey to assess the levels of light pollution, and lighting engineers audited the existing external lighting in the National Park.

The status means that the national park is protected and controls are put into place to prevent light pollution –something that The International Dark-Sky Association has been fighting to reverse.

Bob Mizon, UK Co-ordinator of the British Astronomical Association’s Campaign for Dark Skies, commented: “News that the Brecon Beacons National Park has been granted International Dark Sky Reserve status is a step in the right direction, in our fight to inform and educate about the detrimental effects of light pollution.

"The UK needs its dark-sky reserves, and more of them. If people have areas to which they can go to see what they have lost to light pollution, they may try harder to regain the stars where they live.”

It’s also bound to attract visitors to the area, as Sandie Dawe, Chief Executive of VisitBritain said: “Britain is blessed with some of the largest areas of dark sky in Europe. Achieving International Dark Sky Reserve status means visitors to Wales can explore the Brecon Beacons with its lush green valleys, hidden waterfalls, fern-filled gorges and spectacular mountain ranges by day, before settling in to experience the magnitude of the Milky Way in pitch black surroundings at night.

“What’s more, star tourism is a free activity that everybody can participate in, so today’s announcement is yet another fantastic reason for guests from around the world to come and enjoy Britain’s great outdoors.”

Brecon Beacons Park Society and the National Park Authority initiated the project to gain International Dark Sky Reserve status back in 2011 collaborating with the University of Glamorgan, Dark Sky Wales and the Campaign for the Protection of Rural Wales in the process.

Astro-tourism: Dark Sky Reserves and where to find them

Are you a keen stargazer? With an estimated 250,000 amateur astronomers in the UK, it’s clear that astro-tourism is on the rise, both at home and abroad.

Adventure weekend in the Brecon Beacons

A long-time staple of office-team building exercises and stag parties, adventure weekends in Wales may not be everyone's idea of a holiday. But Travelbite.co.uk's Matt Champion discovers that Black Mountain Activities offers more than just an excuse to get out of the city and into the countryside – this is something a bit special.