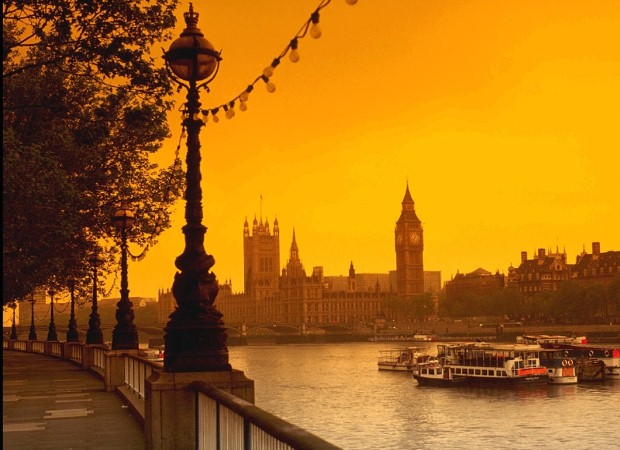 Celebrate the Diamond Jubilee in style

London really is the place to be this year, with events like the Olympics and Diamond Jubilee making the capital even more exciting than it is usually. If you want to be part of the festivities for the latter, read our guide to find out all about the top things to do and see.

The Diamond Jubilee marks the Queen's 60th year on the throne. Regardless of whether you're keen to cheer on the monarch or simply make the most of the extra bank holidays the occasion has generated, there are plenty of ways to celebrate in the city.

If you want to be in the heart of all the action, it's a good idea to book your hotel in London for early June, since the bulk of the celebrations will be held between the 2nd and 5th of the month. A variety of events will be staged over the weekend, but among the most exciting is the Thames River Pageant.

As its name suggests, this will be a flotilla on the waterway – but one that's simply huge in scale. Roughly 1,000 boats are expected to fill the Thames, each colourfully bedecked with streamers and flags. What's more, if you opt to stay in a Westminster hotel, you'll be situated conveniently close to the route.

The roads, piers and bridges along the trail will be closed to traffic, so you can join the crowds lining the banks to watch the vessels sail by. There will also be a series of large screens at regular intervals, so you'll have the chance to see as much of the proceedings as possible.

Meanwhile, Battersea Park will hold an all-day celebration with a funfair, music, food and games, while you should also be able to see the procession float by from here. This could be a particularly good choice for families, as they'll be plenty to entertain younger visitors.

Additionally, several events will be held in May, including a parade in Windsor and the Diamond Jubilee Pageant, which will be staged at Windsor Castle. The latter will take place on May 10th, 11th and 13th and is set to feature all kinds of performances from countries around the world.

If you have booked yourself into a 4* hotel in London for earlier or later in the year, you need not worry that you'll miss out on the fun. A number of the city's museums are hosting special exhibitions in honour of the Diamond Jubilee, so you'll still be able to mark the event.

Head to the National Maritime Museum in Greenwich, for example, and you can peruse the 400 unique items collected for the Royal River: Power, Pageantry and the Thames exhibition. Running from April 27th to September 9th, this is a particularly exciting option for anyone keen to learn more about the monarch and her relationship with the city.

Something a little bit different

In addition to large-scale events and official exhibitions, there are a number of other things you can get involved with. There will be themed walking tours that will take you to some of the most important spots in the monarch's life, while the Alternative Jubilee promises something wholly different from the standard fare.

Being hosted at the Museum of London Docklands at West India Quay on May 31st, the show will comprise a variety of performances – including circus and burlesque – themed around Queen Victoria's Diamond Jubilee in the late 19th century. You'll need to book in advance, as well as remember to dress to match the theme!