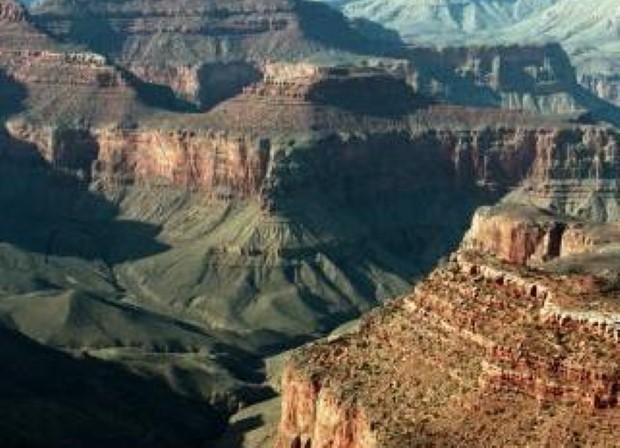 Visit the Grand Canyon on an America holiday

North America is the perfect location for a break filled with stunning scenery and a wide variety of wildlife – but what are the top three hotspots you should consider for this kind of getaway?

The continent is filled with ideal destinations, but perhaps the best – and most famous – one, especially for a holiday to America, is the Grand Canyon National Park.

You will never forget the sight of this enormous rift in the earth, thanks to the fact that it measures a mighty 277 miles long, 6,000 feet deep and up to 18 miles wide. These will probably seem like mere numbers until you actually get up close to the canyon and feel incredibly tiny next to it.

As a result of the Grand Canyon's sheer size, you can expect to see some spectacular sights as you explore the national park. One thing you should consider adding to your itinerary is being in the right spot at the right time to witness the sun rising or setting above it.

The Grand Canyon website has a list of the best times to be in the area to see these wonderful events, so it is well worth planning ahead to ensure you're in a good position to glimpse them.

Other things to do in the national park include going on a trip in either a rented car or on a tour bus along Desert View Drive, which offers some fantastic vistas from various viewing points along the way that ascend up to an elevation of 7,438 feet metres.

More views of the Grand Canyon's picturesque setting can be taken in along the Scenic Hermit Road, which you can traverse on foot, in a vehicle or on a bike. Alternatively, why not get a unique perspective from the bottom of the canyon on a white-water rafting trip along the Colorado River?

If you are considering a holiday to Canada, Banff National Park – the first to be established in the country – could be the perfect destination.

You can find a range of wildlife here, including endangered species like the American badger, the half-moon hairstreak butterfly and the Banff Springs snail, along with other at-risk creatures such as the northern leopard frog, the short-eared owl, the rusty blackbird, the grizzly bear and the wolverine.

Many more animals make their home in Banff, so you might be able to see the likes of the hoary bat, the pika, the northern flying squirrel, the Columbian ground squirrel, the cougar and the black bear – among others – on your Canada holiday.

In terms of scenery, you're unlikely to be disappointed. The park's terrain ranges from glaciers, mountains and valleys to rivers, meadows and forests, so there really is something for everyone here.

Make the most of the sightseeing opportunities afforded by activities such as hiking, horseback riding, scuba diving, climbing and cycling in the summer and ski touring and waterfall ice climbing in the winter for a well-rounded experience on your holiday to this part of North America.

If you're looking into Alaska holidays, you will soon find that the state has a host of national parks to choose from. However, perhaps the best one to visit for wildlife and scenery is Denali, which attracts around 400,000 people a year.

The highlight of any trip to this part of Alaska is the chance to see the highest peak in North America, the majestic Mount McKinley, which measures 20,320 ft tall and is a popular destination for keen climbers seeking their next big challenge.

However, there's much more to the national park than its mountains – visit in the summer – when most of the ice has melted – and you'll be able to take part in a range of activities, such as cycling, hiking, fishing and hunting. Head just outside Denali and you can also indulge in white-water rafting, wagon rides and heli-hiking.

Wildlife lovers can keep an eye out for over 650 flowering plant species and an array of creatures, including black and grizzly bears, caribou, wolves, foxes, golden eagles and bald eagles. The best way to spot these birds and animals is by taking a bus ride along Park Road, as the driver will be able to stop in the right places to allow you to see the local fauna.

You'll be able to explore boreal forest, picturesque lake areas and open tundra while in Denali, with some spectacular views to be seen across the national park.