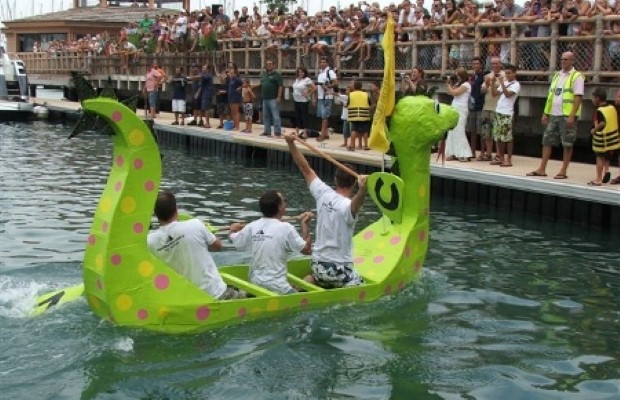 Holidaymakers looking for things to do in Gibraltar early next month can see some memorable sights at the Ocean Village complex, which will host the Cardboard Boat Race 2011 on September 3rd.

Organised by the William Tilley lodge, the event sees dozens of participants attempting to negotiate a 1,000-metre course on homemade craft.

Strict rules state that all boats and oars must be made from corrugated cardboard, which can be layered to any thickness.

Flotation foam and materials such as wood, plastic and fibreglass are strictly banned, meaning entrants have to use plenty of ingenuity to ensure their vessels stay afloat.

Participants will receive trophies for finishing in first, second or third place in the adult and children's races, while prizes for the best boat and the most spectacular sinking will also be up for grabs.

All money raised from the event will go to the GBC Open Day and Down's Syndrome Support Group.

Ros Astengo from Ocean Village said: "We've had plenty of enquiries about the Cardboard Boat Race for some months now so we're anticipating a fantastic turnout.

"In a society dominated by screen time, both TV and computer, it's refreshing to see the return of some good old-fashioned, unbeatable family fun."

The races are free to watch for spectators and will get underway at midday.

A highlight of Gibraltar’s calendar since 2009, the Charity Cardboard Boat Race is back for its fifth outing on 24 August.

A new low-cost airline serving Gibraltar is to begin flights from London Stansted, Manchester, Birmingham and Bristol from March 2007.

A new deal between Britain and Spain in Gibraltar could see the island becoming a much easier to reach tourist destination.

Sports holidays around the world in 2010

Take a rafting tour of Nepal

Top activities to do with children in Devon

Travel blog: Fun in the sun in Fiji