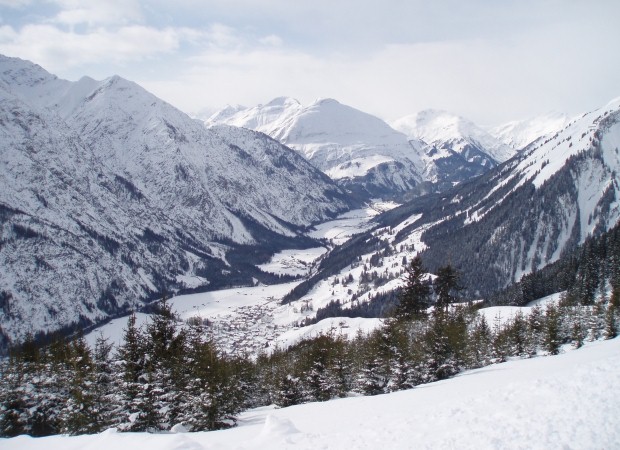 With many operators offering last-minute skiing deals, it's never too late to book your next holiday on the slopes. If you're looking for Easter skiing ideas, these are the destinations most likely to please at this time of year.

Located in the Arlberg region, St Anton is a perennially popular resort that has seen some particularly magnificent snowfall set to offer excellent skiing conditions until Easter and beyond. The town is relatively small with a population of around 2,680 and the extensive child-friendly facilities here make it ideal for families – just don't forget to invest in the right kids' ski wear before you go!

The wider Arlberg area boasts 440 km of slopes and 85 lifts and cable cars, giving you some idea of how well-equipped the region is for welcoming skiers from around the world. St Anton is also home to 40 km of cross-country ski trails – perfect for those up for a bit of a challenge.

Whistler Blackcomb regularly tops skiers' wish lists when it comes to the destinations they'd most like to visit – and it's little surprise. Offering more than 8,000 acres of ski terrain between them, the mountains of Whistler and Blackcomb are an impressive sight, soaring a mile above Whistler valley.

Last year, forecasters predicted another great winter for snowfall here in the 2011-12 season, and their projections have proved to be spot on. At the time of writing, the resort has seen 9.6 metres of snow hit the ground since the beginning of the season, making this a good bet for an Easter winter sports break.

This part of Europe has seen some significant snowfall this winter – more than 5 metres of snow has fallen here so far this season, so this could still be a great ski destination come April. With 82 km of trails and slopes – including an exhilarating 12 km downhill run that descends for 2,000 m – keen skiers will be in their element.

The nearby attractions make this a great location for a ski holiday that has it all. The 12th-century Benedictine monastery, the Talmuseum – or folk museum – and the Show Cheese Factory all offer a fascinating insight into the region's history and culture.

Chamonix is one of France's most popular ski resorts, and it's little wonder. With its 69 pistes boasting 108 km of ski runs – catering for all skill levels in the process – the destination is another one that regularly makes it on to skiers' must-visit lists.

Almost 4 metres of snow has been reported at Chamonix so far this season, so it looks set to be a suitable Easter winter sports holiday hotspot. Don't miss the opportunity to try your hand at a range of pursuits other than skiing; as well as ski clothing, you might want to think about packing the appropriate gear for hiking, ice skating and even paragliding!

You should also make time to see nearby points of interest like the hamlets of Les Houches, the picturesque village of Servoz and Vallorcine, another village close to the Swiss border that's home to a plethora of wildlife. Head here on an excursion and you could spot deer, chamois and red squirrels, among other creatures.