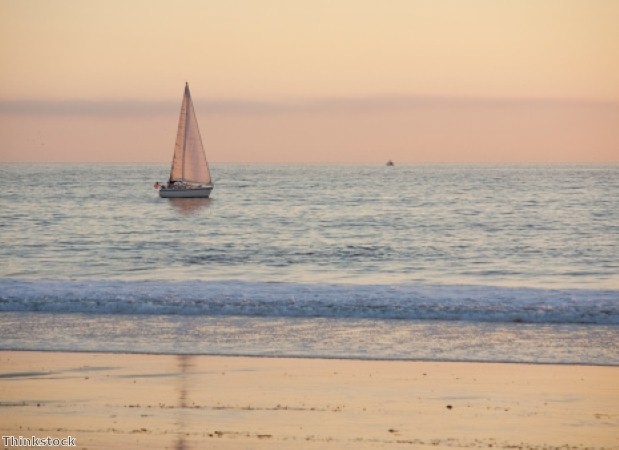 With its blend of European and Asian cultures and fantastic sailing conditions, Turkey is a wonderful destination for a sailing break, regardless of how much – or how little – experience you have of navigating a yacht. Taking a break in the Bodrum peninsula is a great way to develop your skills and in doing so you can see remarkable scenery as you explore.

If you're going on a flotilla sailing holiday in this part of Turkey though, you'll need to decide whether to go along the north or south coast. While both offer amazing water sports and the opportunity to take in fantastic sights, it is important that you think carefully about where you go.

Choose to follow the northern coast on a Turkish flotilla sailing holiday and you'll sail through the clear waters of the Gulf of Gulluk. With this region receiving blustery winds between May and October, this is a great place for sailors of all levels to push themselves.

In addition to the exhilarating sailing that you'll experience, there are a whole host of fascinating islands and resorts on the mainland that you can moor up and explore. One of these is Gundogan, a coastal settlement that dates back to the Bronze Age.

A whole host of historic sites can be explored here, including a cavern where ancient axes and tools have been excavated. Walk about a kilometre inland and you'll find the ruins of a monastery perched on a hilltop. Climb to the summit and you can not only explore the remains of the building, but also take in panoramic views of the village below.

Gumusluk is another destination worth seeing, particularly if you have an interest in history, as it is built close to the site of Myndos – a Carian-era town that has long been in ruins. You can still remnants of the region's past, including parts of fortified defensive walls, while snorkelling off the southern end of the beach enables you to see submerged mosaics.

Choosing to sail along the northern coast also gives you the chance to stop off at Asin Limani and explore Iassos, an ancient city that was established in Mycenaean times but is now largely ruins. Wander around the settlement today and you'll see the remains of the city's defensive walls, agora (a public meeting area) and a theatre. You won't be alone as you explore though, as cows and donkeys often come here to graze on the olive groves and other plants that have sprung up.

After you've finished exploring the islet, head northwards to Maya Marina. This fantastic resort is a great place to relax and take it easy, although amenities such an outdoor cinema, two swimming pools and snorkelling facilities should ensure that boredom won't set in at any time when sailing along the northern coast.

Of course, you needn't be concerned that sailing along the southern stretches of the Bodrum peninsula means you'll quickly run out of things to do. In fact, with the region's dramatically varied landscape – which includes tranquil sandy bays and tree-covered hills – there will always be something on the horizon to capture the imagination of you and the rest of your flotilla party.

One destination that is likely to prove particularly wonderful is Akbuk Burun, a pretty little peninsula that features pine-clad trees and a golden sweeping beach. The clear waters make it the ideal place to go snorkelling and swimming, and, after you've had your fill of water sports, you can head to one of the nearby restaurants for a bite to eat. Close to the anchorage is the remains of the ancient city of Keramos – also known as Ceramus – where you can wander through statues and buildings believed to be more than 2,000 years old.

It's also worth spending a little time in Cokertme. This sheltered spot is a popular place for yachts to heading down into the Gulf of Gokova and, once you've dropped anchor, make sure you take a walk along the coastline which is covered with olive groves and pine trees. The village also has a vibrant nightlife and, after having a meal at one of the waterfront restaurants, you'll get to enjoy some traditional Turkish entertainment, such as a belly dancing show or a performance by folk musicians.

Astro-tourism: Dark Sky Reserves and where to find them | Travelbite