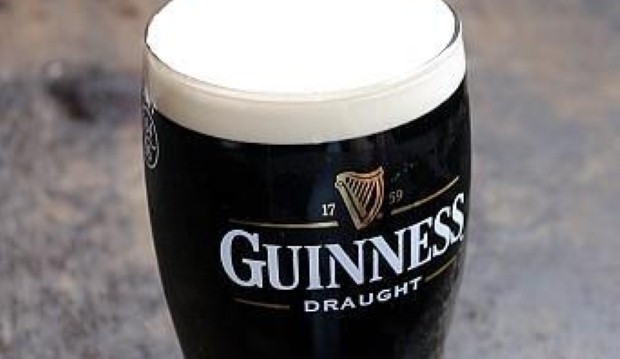 There is much more to Dublin than just pint after pint of porter. Whether it's the well worn cobbles of Temple Bar or the many cultural and historical aspects of the city – Dublin has a lot to offer.

The Republic of Ireland's second city, Cork may be smaller than Dublin but has a reputation for its hip, arty atmosphere and excellent restaurants and pubs.

The capital of the Republic of Ireland is a thriving city, rich with cultural treasures.

The district draws visitors from far and wide for its natural beauty.

Medieval Ireland an hour from London

Jack Peat escapes the hustle and bustle of London and finds a quintessentially medieval Irish town just an hour away.

This year marks 'The Gathering Ireland 2013', a 365 day celebration of all things Irish. With so many people around the world boasting Irish descent, the country – known for its great ‘craic’, beautiful landscapes and friendly people – is celebrating its heritage in a marvellous fashion with festivals, events and parties taking place throughout the year.

Destination of the week…Derry, Northern Ireland

Ireland is a popular destination for those up for a craicing good time in the bustling yet picturesque cities, or the rolling hills of its lush, verdant countryside.

The emerald isle has always managed to instil a fierce sense of pride in its heritage. Foreign descendants of the Irishmen who fled the country over a hundred years ago return to visit Ireland in droves, particularly from America. As a result, the country's tourism industry has expanded beyond all proportion of its small size. With good reason, too; even discounting its much-marketed heritage of shamrocks and leprechauns, the Irish countryside of misty green hills and valleys is easily one of the most distinctively scenic in the world. An incredible variety of venerably romantic castles, abbeys and Bronze age ruins dot the landscape, while seaside cliffs and rugged coasts can churn the heart of the most caustic cynic.

Cork: is lauded as an attractive city boasting excellent cuisine, a centuries-old market, and a rich artistic centre.

Dublin: is the bustling capital of the Republic of Ireland and the city takes pride in its rich history and literary tradition. Dublin pubs and nightlife promise an unforgettable experience.

Galway: is a laid-back port town with a charming display of excellent shops and restaurants, while the nearby Connemara region is one of the most scenic countrysides in a country renowned for its landscapes.

Limerick: has a gritty industrial centre but boasts one of the biggest urban castles and makes a good base for excursions to the treasured countryside of nearby County Clare.

About a dozen international airports serve the island of Ireland. You are most likely to use Dublin Airport (DUB), which hosts a number of airlines including Aer Lingus, British Airways, BMI, and Ryanair. Cork Airport (ORK) is nearly as busy an airport, though it only serves a handful of airlines including AerArann, Aer Lingus, bmibaby, and Ryanair. Shannon Airport is the third primary airport in the Republic of Ireland, greeting airlines like Aer Lingus and Ryanair. Belfast International Airport meets most of the international needs of Northern Ireland, with AerLingus, bmibaby, and easyJet.

A number of ferry services operate between Great Britain and Ireland. P&O Irish Sea Ferries run from Troon and Cairnryan in Scotland to Larne in Northern Ireland, and from Liverpool to Dublin. StenaLine crosses from Holyhead to Dublin Port or Dun Laoghaire, Fishguard to Rosslare, Stanraer to Belfast, and from Fleetwood to Larne. Irish Ferries transfers from Holyhead to Dublin and from Pembroke to Rosslare. The Isle of Man Steam Packet Company jumps from the Isle of Man to Belfast or Dublin. Finally, DFDS Seaways runs from Liverpool to Dublin or Belfast.

For getting around within the island, Irish Rail runs the nationally-owned rail network in the Republic of Ireland, while Northern Ireland Railways runs the rail service in the north. Bus Eirann and Ulsterbus run the public regional bus services in the Republic of and Northern Ireland, respectively, while many private services operate as well. However, public transportation often fails to reach many of the best countryside destinations. Looking into renting a car might be worth your while. Ireland's airports also offer internal, regional flights among its handful of airports, going to Sligo, Kerry, Waterford, Galway, and other regional airports as well as the four main airports. As a means of getting around the cities, taxis are usually plentiful, and public metropolitan buses can be found in Dublin and Belfast.

Currency: The Republic of Ireland uses the Euro, while Northern Ireland is on Pounds Sterling. For up-to-date exchange rates see: www.xe.com/ucc

Language: English is spoken in Ireland.

International dialling code: +353 in the Republic of Ireland, +44 in Northern Ireland.

Embrace the freedom of single travel

Research your holiday with cruise reviews, photos and videos