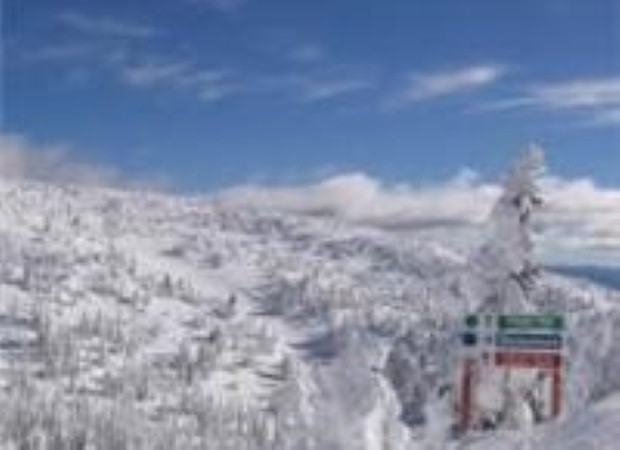 Hitting the slopes in Canada

The Four Seasons of Backpacking in Canada

With its northern location and miles of virtually untouched wilderness, backpacking in Canada can, one way or another, be fairly dependent on the weather. Even in a sophisticated city like Montreal, when the mercury drops, so savage can the cold be that locals shelter from the elements in a subterranean shopping center called the Reseau!

But it's by no means all downsides: From the depths of winter to the (surprisingly balmy) summer's days, each change of season brings with it all manner of new challenges, new things to do and new spectacles in this truly remarkable country.

With winter and the first snowfalls, right across the country, (from the Rockies to Quebec and British Columbia) a host of fantastic skiing opportunities open up. If big names like Whistler, Big White and Banff tend to attract the majority of skiing travelers, there are plenty of less well-known resorts.

Although skiing in Canada is generally a little cheaper than in Europe, the most prestigious – Whistler – is still likely to stretch the budget traveler. Thankfully, a couple of nights of cheap accommodation in one of a number of excellent Vancouver hostels (nearby) can take at least some of the sting out of it.

Winter sport isn't limited to skiing and snowboarding: there are also plenty of chances to go snowshoeing, sledging and ice-skating, as well as snowmobile rides through the stunning frozen landcape.

There's also the additional thrill of getting to watch a game of ice hockey. The season runs from October until May, and there are few ways to better get under the skin of the country, than to watch a game. Even if you can't get to a live game, televised games can be pretty hard to avoid!

Winter in Canada is also the best time to witness one of nature's most remarkable spectacles: the Aurora Borealis. From January until March, the night skies in the northern reaches of the country are illuminated by iridescent flashes of light.

With the coming of spring a change begins to come over Canada. It's still pretty cold throughout much of the country – until well into what would otherwise be known as early summer – but down in the more moderate south, temperatures gradually start to creep into the manageable.

Spring is one of the best times to visit the awe-inspiring Niagara Falls. With the rise in temperatures, snow-melt makes the flow of water (usually a staggering four million cubic feet a minute) crashing over the falls, even greater and, consequently, even more dramatic.

But it's in the summer that the country (arguably) is at its very best. Contrary to popular belief, Canadian summers can be absolutely gorgeous. Along the coasts, there are even some fantastic beaches: In Vancouver, the beaches of Kitsilano, English Bay and Jericho (home to the infamous nudist beach, Wreck Beach) are all excellent.

Over in Montreal, the world-renowned Montreal Jazz Festival in June is followed up pretty quickly by the 'Just for Laughs' comedy festival. As you'd expect, backpackers and budget travelers flock to both events, and Montreal hostels and cheap hotels can be in short supply.

July brings with it the Calgary Stampede, a less sophisticated, but no less entertaining event. The city – and the well over a million visitors – gets out its Stetsons for ten days of rodeo, partying and a riotous celebration of all things cowboy.

September sees another of Canada's outstanding cities explode into life. The Toronto Film Festival is one of the most prestigious events in the cinematic calendar. And as with Montreal, cheap beds are scarce, as Toronto hostels (never exactly empty!) quickly fill up.

More sedate pleasures can be had in Algonquin Park. A huge National Park within easy reach of both Toronto and Ontario, in the autumn this archetypal Canadian wilderness is particularly beautiful, as its mile after mile of pine forests bursts into almost impossibly bright reds, yellows and oranges.

Up in Hudson Bay, autumn is also the perfect time to see one of the most ferocious animals on the planet: Throughout the months of September, October and November, Polar Bears can be seen roaming around Churchill, as they wait for the ice to freeze up again.

Then, as the season draws to a close, and the last leaves fall from the trees, the whole remarkable cycle begins again.