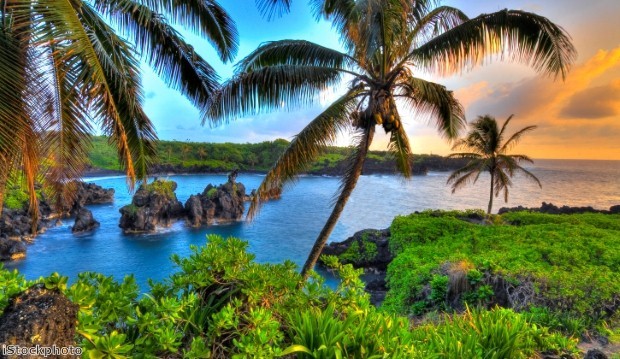 Thousands of flights have been cancelled in the US and Canada, as it continues to experience a ‘polar freeze’, with temperatures set to plummet further.

Feeling sluggish after an indulgent festive period? There’s no better way to start a new year than re-energising your mind and body on a healthy holiday. From getting into shape on an kickboxing break, to de-stressing on a wellness retreat, we’ve picked out five of the best healthy holiday ideas for 2014.

In 2014, the average British holidaymaker will spend £617 on a 9.6 night break in a Spanish beach resort, staying in self-catered accommodation, according to TravelSupermarket’s Travel Trends Tracker – an annual report which reveals the top holiday trends for 2014.

Brand USA launches 'Get In The Game' campaign with ESPN

Brand USA, the tourism marketing body for the United States of America, has teamed up with ESPN to produce a suite of 51 new sport tourism and destination feature videos, as well as a fun new game to help Brits find their perfect match when it comes to sports teams in the USA.

US tourist sites including New York’s Statue of Liberty and the Grand Canyon in Arizona, have reopened, after state officials agree on deals with the federal government.

Hawaii’s Big Island: Nearly twice as big as the other main islands that make up Hawaii, ‘Big Island’ is a microcosm of different environments from the dramatic Hawaii Volcanoes National Park to the lush rainforests of the Hamakua Coast and the jet-black sands of Punaluu Beach.

Molokai: Adventure-seekers who want to get off the beaten track, should head to Molokai. From scuba diving in Hawaii’s longest continuous fringing reef (45 kilometres) off Molokai’s southern coast, to mountain-biking along the highest sea cliffs in the world along its northeast coast (1,100-1,200 metres), Molokai is an outdoor lover’s paradise.

Lanai: The smallest island in Hawaii, Lanai is home to both luxurious resorts and untouched landscapes just waiting to be discovered, such as Keahiakawelo (Garden of the Gods) and Polihua Beach. The perfect place to get away from it all; you won’t find a single traffic light here!

Maui: Referred to as the ‘Magic Isle’, Maui is a haven of waterfalls, world-class beaches and misty mountains, whose green, fertile slopes are home to an abundance of rare flora and fauna.

Oahu: The third largest Hawaiian island is home to the majority of Hawaii’s diverse population as well as the thriving urban metropolis of Honolulu, the Pearl Harbour memorials and the famed crater Leahi (Diamond Head) – one of Hawaii’s most famous landmarks. If you want a mix of great shopping, exciting cities as well as beautiful beaches and great hiking, Oahu is the place for you!

Kauai: Hawaii’s fourth largest island, Kauai is sometimes called the ‘Garden Isle’. It’s not hard to see why: made up of tropical rainforests, cascading waterfalls and jagged cliffs – not to mention one of Hawaii’s most spectacular beaches, Hanalei Bay, and Waimea Canyon, dubbed "The Grand Canyon of the Pacific" – Kauai showcases the power of Mother Nature in all her glory.

Hire a car in Nice with Auto Europe