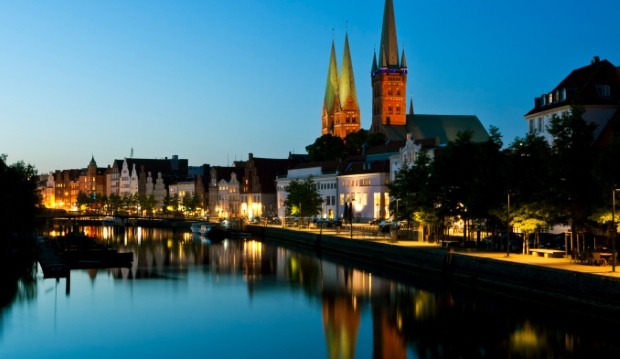 Once a city divided both physically and ideologically, today's united Berlin offers a diverse mix of new and old, revived and forgotten, the past and the present.

Cologne is multifaceted city. At a glance, it is a vibrant, modern metropolis sprawled across the river Rhine; at a second look, it is a city boasting a 2000-year history, hints of which are evident wherever you go.

Berlin is becoming one of the liveliest capitals of Europe.

Although, at a first glance, much of the city seems new and modern, the city has a fascinating history which extends over 2,000 years.

Dortmund is an industrial city, and proud of it. Wherever you walk there are monuments to its colliery past, with tours round old mines and refineries.

Dresden was once called the 'Florence of the North' before it was all but destroyed in World War Two.

Frankfurt is a modern metropolis that still retains much of its German cultural heritage.

Hamburg – a bustling port city – boasts no shortage of attractions.

Dismiss Hanover at your peril.

Kaiserslautern is awash with symbols of the old world.

Leipzig has been referred to as 'little Paris'.

Munich is the cultural heartthrob of Germany.

Nuremberg is a modern city with a medieval face.

UK visitor numbers to Germany up by almost 11 percent

UK visitors to Germany are up by almost 11 percent. Throughout July this year, the number of recorded UK overnight stays in Germany was 561,414 – showing a 10.6 percent increase, compared to the same period for July 2012.

Germany ‘most popular country in the world’

Two new flights from Newcastle and Exeter will provide easier travel to Hanover.

Guests are this week invited to a unique chance to celebrate the fall of the Berlin Wall, with this last minute holiday deal.

Guests are this week offered the chance to pay for one night and stay for two at the Hilton Garden Inn Stuttgart Neckar Park.

After the 20th century's crippling world wars, Germany's cities have put great care into restoring their storied, universally appreciated past whilst still striving to look to the future. Meanwhile, the countryside runs from the jagged cliffs of the Bavarian Alps, to thick forests and lake-riddled meadows in the north, proving irresistible to all who wander out to witness it.

Berlin is the capital of Germany and the city positively seethes with energetic nightlife, a vast collection of cultural museums, theatres, and music, and poignant reminders of its troubled past. Cologne is located on the banks of the mighty Rhine and resplendent in historical treasures. It lays claim to being the art capital of Europe. Dresden has been rebuilt since the devastation of World War Two, promising restored buildings and salvaged artwork that hearken back to the city's heyday. Frankfurt is the financial behemoth of central Europe and the city's trademark skyscrapers and international hub ensure its status as a miniature metropolis. Hamburg is a vibrant port city that is a vital link for trade routes extending all over the world, adding an international feel to its scenic canals and copious amounts of pleasant parks. Munich is arguably the cultural capital of Germany, combining rustic Bavarian tradition with big-city cosmopolitan delights and lifestyle.

With over 100 airports serving every corner of the country, visitors should have no trouble reaching Germany by air. The capital of Germany, Berlin, has two major international airports. Schoenefeld Airport (SXF) is located just outside Berlin's city limits and operates such airlines as EasyJet, Ryanair, and Aer Lingus. The airport will be replaced in 2011 by the tentatively-titled Berlin-Brandenburg Airport (BBI), which will be built using part of the Schoenfeld Airport's infrastructure. Tegel Airport (TXL) is located within the city and serves such airlines as AirBerlin, Lufthansa, and British Airlines. The airport is scheduled to close in 2012, six months after the completion of the Berlin-Brandenburg Airport. Other major airports around the country include Dusseldorf International Airport (DUS) and Frankfurt International Airport (FRA) whose services include AirBerlin, Lufthansa, and British Airlines. Hamburg Airport (HAM) and Franz Josef Strauss Airport (MUC) in Munich also accommodate these airlines and other budget airlines such as EasyJet.

To get to Germany by coach bus, the conglomeration Eurolines' member companies offer regular services between the UK and Germany. German-based Berlin Linien Bus offers similar services between London and all parts of Germany. Those with the budget for a faster and more comfortable mode of transport should investigate rail services to Germany. Eurostar travels frequently from London to either Brussels or Paris, from which one can catch a train direct to Germany using Germany's national railway company, Deutsche Bahn AG. Those interested in saving time during the 12 or so hours of travel can sleep en route on the Deutsche Bahn NachtZug, or night train.

Though no ferries run directly from the UK to Germany, a number of ferry services offer trips across the sea to France, Belgium, or the Netherlands, from which one can drive or take another ferry to Germany. Popular ferry companies include Stenaline, P&O Ferries, Scandlines, and DFDS Seaways. When travelling within the country from city to city, Germany's national rail service Bahn offers the most efficient and extensive rail service in Europe, and many regional passes and special deals are available. Buses are typically slower and less dependable in Germany, but may be the best option in more rural areas where rail service is scarce. With over 100 German airports, German domestic flights are also an option. AirBerlin and Lufthansa provide a large number of domestic flights. Public underground, bus, and tram systems allow for transportation within most major German cities, while taxis, usually beige Mercedes Benzes, are readily available.

Currency: Germany uses the Euro. For up to date exchange rates visit www.xe.com

Languages: German. To learn the basics of German visit www.bbc.co.uk

Why choose New York for a maths school trip?