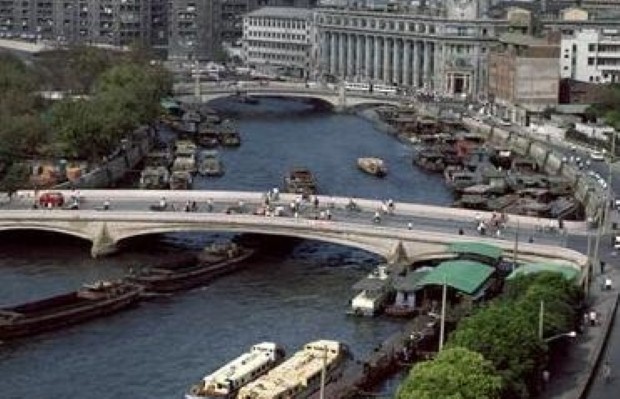 The Fairmont property has reopened in Shanghai

The Fairmont Peace Hotel in Shanghai is once again welcoming guests following a major renovation.

Described by Fairmont Hotels & Resorts as “China’s most iconic hotel”, the property was closed for redevelopment in 2007 and has been equipped with a range of new facilities.

The upgraded hotel also offers a choice of six restaurants and lounges, including the Jazz Bar, which has been a “Shanghai institution” since the 1930s, according to Fairmont.

A range of Chinese cuisine is on offer at the Dragon Phoenix restaurant, while the ninth-floor Cathay Room offers views of the Bund, one of the city’s most famous and popular tourist areas.

The renovation added an extension to the main building which will house a sky-lit swimming pool and the Willow Stream spa.

First opened on August 1st 1929, the Fairmont Peace Hotel was designed by acclaimed firm Hirsch Bedner Associates and featured a number of Art Deco elements that were retained in the restoration project.

Fairmont also owns properties in the cities of Kunshan and Beijing in China.

International currency exchange experts at ICE, are urging Grand Prix fans attending the next race in Shanghai on April 19th, to shop around for the best rates on their Yuan.

On offer this week is a chance to discover the ancient architecture and modern cities of China with escorted tour specialist Travelsphere.

Chinese authorities in Shanghai are starting a campaign to correct poorly translated 'Chinglish' in public places.

Celebrity traveller Charley Boorman has set off on his latest round the world expedition, aiming to get to Sydney, Australia, "By Any Means" of transport apart from commercial aircraft.

Book Beachcomber Tours for luxury holidays of a lifetime – travelbite.co.uk