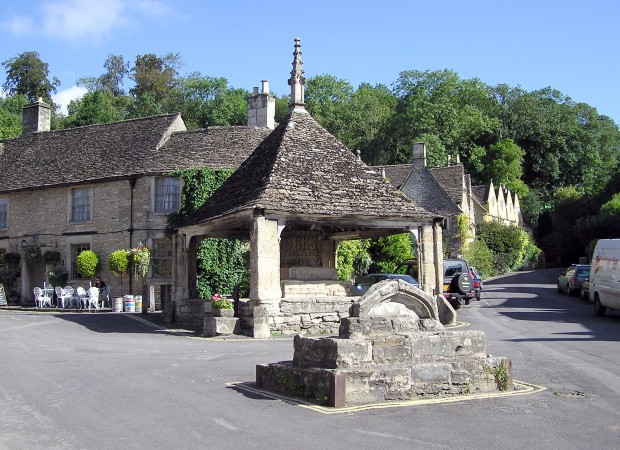 If you enjoy spending self catering holidays where you are surrounded by beauty – both natural and manmade – then there is really nowhere better to come than Castle Combe.

This little Wiltshire village has been described as the prettiest in England – and with good reason. Indeed, when you visit you may feel that it represents everything the quintessential English country village should be.

Many of the stone houses have listed status and have been built in the traditional Cotswold style. Dotted around a gorgeous river known as By Brook, the scene really does look like something from a postcard.

In years gone by, Castle Combe played an important role in the country’s wool industry and many of the houses were inhabited by the weavers of the day, while the river was used to power the mills.

However, the history of the village dates back even further than that – it stands in the shadow of the castle it takes its name from, although there is little remaining of the structure today.

Once a hill fort inhabited by the Romans, it was later transformed into a castle by the Normans, long before the quaint stone houses that stand today had been built.

A popular destination for days out and weekends away for a century, many of the people who visit Castle Combe today are happy simply to wander its streets admiring the pretty and peaceful surroundings, or head out for a countryside walk.

Don’t be surprised if you recognise Castle Combe on your first visit – it has appeared in several films, including the musical Doctor Dolittle and the more recent The Wolfman and Stardust, while it will also feature in Steven Spielberg’s War Horse.

If you are planning a Cotswolds self catering holiday here you will find that there is also plenty to see and do outside the village boundaries.

Nearby is the Castle Combe Circuit, where you could be lucky enough to catch a race or two. And just a short distance away is the magnificent monument of Stonehenge, the strange and beautiful Wiltshire White Horses and the Georgian city of Bath – which is also home to the Roman Baths.

The village is also situated close to the estates of Longleat, Stourhead and Bowood House, where you could spend the day visiting the stately homes and gardens.

Indeed, Castle Combe’s quiet appearance may be misleading – as there is so much to see and do here you will soon want to come back for more!

Siracusa: Sicily's who's who of ancient and medieval civilisations

A guide to Utah's top attractions