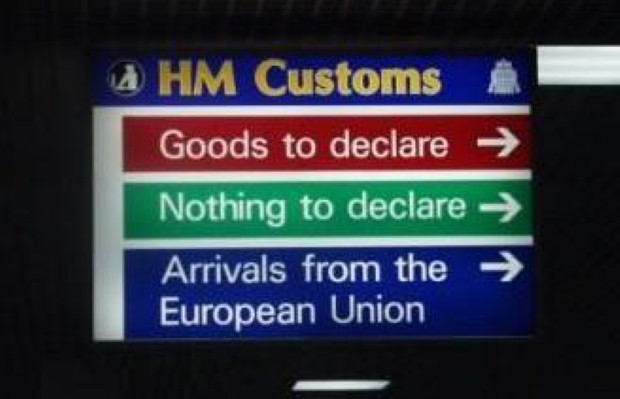 Defra urges Brits not to bring it back

New research has revealed holidaymakers are unaware are personal food import rules when returning to the UK from outside the European Union.

The Department for Environment, Food, and Rural Affairs (Defra) finds many travellers are unaware they, for example, cannot bring meat, dairy, fish or honey back into the UK.

In response travel agents and holiday representatives are being encouraged to advise clients about what can and cannot be brought into the United Kingdom from countries outside the EU.

The same research finds 55 per cent of holidaymakers would like their travel agent or holiday representative to advise them on the issue.

Travel agents and holiday representatives are in a strong position to explain that the rules are in place to reduce the risk of diseases like foot and mouth disease and bird flu entering the UK and putting people, animals and agriculture at risk, argues Defra.

Travel expert and journalist Simon Calder has thrown his weight behind the campaign and said it was important the travel industry worked together to spread the message.

Mr Calder explained: “It’s worrying that many people returning home from holiday are unaware of the EU rules on bringing food into the UK from countries outside the EU, and the reasons behind them.

“I’d like to see the UK travel industry working together to ensure travellers are aware of the rules about importing food. It would be good, for instance, if you got a reminder when you first book your ticket to some distant horizon.”

Around 85 tonnes of illegal animal products was seized from travellers last year.

The government has launched a Don’t Bring it Back campaign to tackle the problem, seeking to stop travellers inadvertently breaking the law.

Key advice to travellers is as follows:

The deadline is fast approaching to case a vote in the poll for the New7Wonders of Nature.

A new scheme has been launched to keep British drivers safe while travelling on foreign roads for the firs time.

Brits urged to cover up abroad

A new campaign launched this week urging British travellers to dress appropriately while on holiday.

Nearly half of families would choose a hot and sunny Christmas holiday over a snowy destination, a new survey of parents reveals.