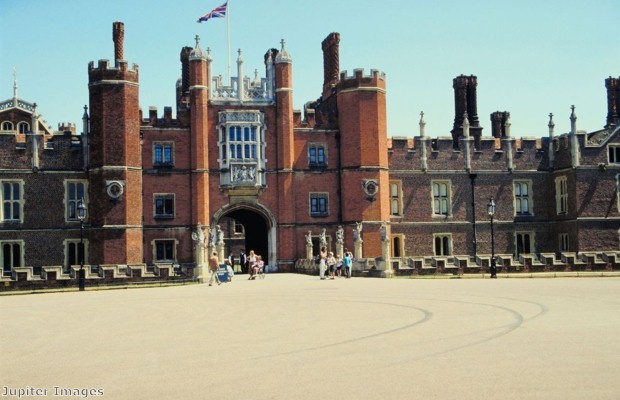 Since the humble cocoa bean arrived on our shores in the 17th century, Britain has been a nation of chocolate lovers. From the bustling chocolate houses of Georgian London to the royal dining table, the craze for drinking chocolate which swept the nation in the following century has never left us, and the royal family were early adopters of this fashion for chocolate.

This February, Historic Royal Palaces will open a unique survival at Hampton Court Palace to the public for the first time – a royal chocolate making kitchen which once catered for three Kings: William III, George I and George II. It is the only surviving royal chocolate kitchen in the country.

Recent research has uncovered the precise location of the royal chocolate kitchen in the Baroque Palace’s Fountain Court. Having been used as a storeroom for many years, it is remarkably well preserved with many of the original fittings, including the stove, equipment and furniture still intact.

The eighteenth century Chocolate Kitchen was once the domain of Thomas Tosier, personal chocolatier to King George I, whose wife Grace was something of a celebrity in Georgian London, trading on her husband’s important role to promote her own renowned chocolate house in Greenwich.  From February, visitors will be able to peer behind the scenes into the very rooms where Tosier and his staff prepared the special chocolate drink – the preserve of the rich and sophisticated – for the royal family’s most intimate dinners and entertainments.

The new display will explore the story of the royal responsibility of making chocolate for the King.  The former Chocolate Room, which once housed dining luxuries, will be dressed with ceramics, copper cooking equipment, bespoke chocolate serving silverware, glassware and linens of the time. Elegant and refined Georgian table dressing and decorating will also be explored in the display, and in the private rooms Queen Caroline herself once dined in.

Throughout the year the Chocolate Kitchen will host live Georgian Chocolate making sessions, so visitors can experience chocolate making for the King first-hand and learn more about the elaborate and complex processes used to create his luxury chocolate drink.

Polly Putnam, curator, Hampton Court Palace, said: ‘This is a “below stairs” story like no other. Chocolate was an expensive luxury. Having your own chocolate maker, chocolate kitchen and chocolate room filled with precious porcelain and silver – all this, just for chocolate – was the last word in elegance and decadence. It was really something that only kings and queens could afford, and is a real contrast with all the pies and meat we associate with the Tudor Kitchens at Hampton court. We really hope visitors will enjoy exploring the Palace’s sophisticated side!’

The opening of the Chocolate Kitchen is part of a wider celebration of the Georgians across Historic Royal Palaces in 2014, to commemorate the 300th anniversary of the Hanoverian Accession to the British throne.

Spring has arrived and the sun has finally come out (hooray!). It's time to ditch the woolly hat and gloves, stop hibernating indoors and get out in the open.

The HMS Belfast, an iconic London landmark which has been closed to the public since November, is set to re-open amidst an extravaganza of family activities and events this May.

Have a cracking good time with the family at these ‘egg-celent’ Easter egg hunts around the UK:

Now that the sun is shining (at long last!) get your sunnies on and head outside for our pick of fun events taking place across the country this bank holiday weekend:

Visit Antigua in July for the colourful Carnival

Take a break at the beach with self-catering cottages in Cornwall – travelbite.co.uk