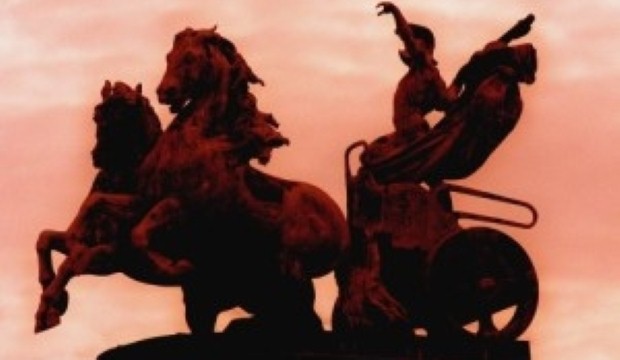 Centred around the Danube River, the Hungarian capital has a great deal to offer holidaymakers.

The F1 Grand Prix that took place in Budapest at the end of July has boosted travel to Hungary, according to HomeAway.co.uk.

The exchange rate in Hungary is the best in Europe – with Brits getting 18.49 per cent more for their pounds in local currency, according to reports by ChangeGroup and Post Office Money.

Having said goodbye to Christine's parents in Vienna, we pedalled on to Bratislava in Slovakia.

To get to grips with the real Hungary you have to get out of Budapest. Matthew Gardner heads east from the capital to discover a deeply traditional side to this east European nation for <i>travelbite.co.uk</i>.

Sometimes, you don't even know a certain country's cuisine exists until you visit the place. <i>Travelbite.co.uk's</i> Matthew Gardner finds out why Hungarian food and drink should be at the top of any true foodie's list of holiday destinations.

Situated in the heart of Europe, Hungary is an alluring mix of Magyar tradition and  modern European values; the ideal place to gain a flavour of Eastern Europe. Its attractions include lush countryside, impressive defensive fortresses, thermal spas and even a heated lake at Heviz.

With a colourful history, several cultural influences are evident, especially in architecture. Tracing its history back to the Magyars – a semi-nomadic tribe from southern Russia and the Black Sea coast who colonised the country in the ninth century – Hungary then enjoyed its golden age as part of the Ottoman, then Habsburg empires in the Middle Ages. Hungary emerged as an independent country after World War One.

Its capital Budapest is one of the most beautiful cities in Europe. Straddling the scenic Danube river, Budapest is split into two areas: Buda and Pest. Whilst Buda is hillier and more scenic, Pest is the commercial centre, boasting some of Europe's finest architecture – from gorgeous art nouveau buildings to grand baroque cathedrals. Budapest comes alive at night, with restaurants, bars and colourful nightlife aplenty.

Experience the magic of Disney in Europe – Iglu.com