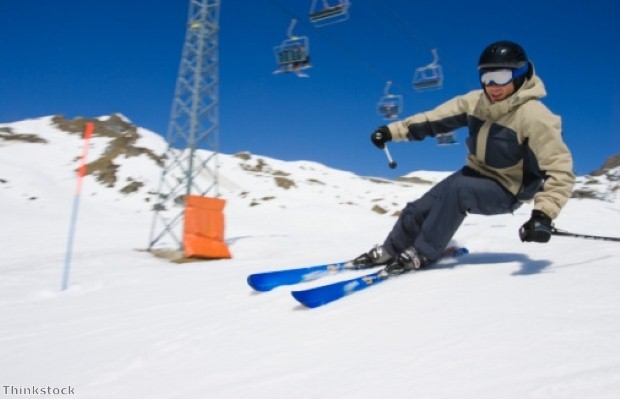 Bulgaria was recommended for cheap skiing

The organisation surveyed ski prices and the cost of basic commodities in ten destinations across Europe and North America and found that the Bulgarian resort of Bansko is the most affordable option for Brits.

In both Bansko and Arinsal – the Andorran resort that featured second in the ranking – visitor expenses were found to have fallen by more than five per cent compared to last year.

Bohinj in Slovenia was also recommended for winter sports enthusiasts planning an affordable getaway this winter, while Formigal in Spain and the Italian resort of Livigno completed the top five.

At the other end of the scale, Post Office Travel Money identified Switzerland as the most expensive ski holiday destination in Europe following a fall in the value of the pound against the Swiss franc.

Canada and the US remain the priciest propositions for winter travellers, according to the survey, despite a 25 per cent year-on-year reduction in prices in the Canadian resort of Banff.

Sarah Munro, head of Post Office Travel Money, said: "With more pressure on the pocket than ever before, resort costs are likely to be a key factor in determining resort choice this year.

"Skiers on a budget have great value resorts to choose from if they head east to Bulgaria and Slovenia or west to Andorra. Italy is also looking good for those skiers who prefer skiing in one of the long-established favourites."

The resort of Borovets in Bulgaria is the cheapest place to have a ski holiday, research out today reveals.

Different family members often enjoy separate activities during the day, so why not book a multi-activity trip where everyone's sense of adventure will be catered for?