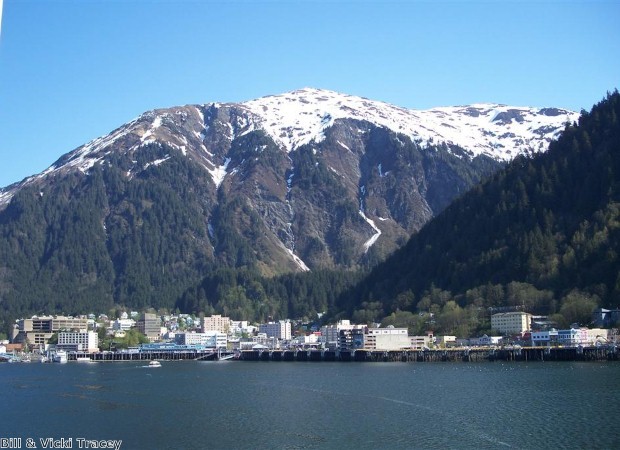 Discover the amazing sights of Alaska

A vast, beautiful destination for USA holidays, Alaska is a state famous for scenery that's dramatic, beautiful and peaceful in equal measure. One of two US states not bordered by another, it is awash with amazing things to see and do, from spectacular dog sledding races, which are massive feats of endurance to exhilarating winter sports. So, if a getaway surrounded by incredible landscapes with varied activities on offer appeals to you, why not consider a break in Alaska?

Since the state is such as vast one – indeed, it has more coastline than all the other US states put together – it is generally a good idea to split your Alaska holidays into sections if you plan to visit more than one of its destinations. You'll find that each spot offers its own unique, marvellous attractions – and whether it's tranquil scenes of natural beauty you desire or something a bit more adrenaline-pumping, you'll be able to find something that suits you.

So, what exactly are the top five things to see and do during a stay in Alaska? Well, if you're eager to come face-to-face with North America's highest mountain, a trip to Denali National Park is an absolute must. Home to the colossal Mt McKinley, the park itself is also huge and has a greater surface area than the state of Massachusetts.

The mountain stands at some 20,320 ft tall and is famous for its cold weather, which often reaches extremes. There are two great ways to visit the mountain that'll allow you to take in its majestic appearance, as well as the staggering beauty of the park that surrounds it, with its alpine meadows, sparkling rivers and fascinating wildlife. By climbing onboard the Midnight Sun Express train, you can enjoy spectacular views, as the carriage is designed to offer amazing vistas from wherever you sit. Alternatively, if you have rented a car you could drive from Fairbanks or Anchorage – routes that are often described as among America's most dazzling road trips.

Taking place on the first Saturday in March each year, the Iditarod sled dog race is another must-see. Typically lasting between eight and 15 days, this incredible physical challenge sees mushers and their canines tackle a huge 1,049-mile route between Anchorage and Nome. Crossing perilous landscapes dotted with jagged mountain ranges, frozen rivers and dense, dark forest, participants must push their endurance to the limit.

If you're interested in exploring one of Alaska's – and indeed the US's – most beautiful cities, head to Juneau. With a backdrop of Mt Juneau and Mt Roberts, this capital boasts a bustling, lively waterfront, in addition to the narrow streets and medley of new and old buildings that can be found downtown. Additionally, the city is known as the Gateway to the Glaciers, because there are 42 that can be found nearby. While you're here, try to take a helicopter tour, which is often considered the best way to see these natural wonders. Before taking a trip to Juneau, you should be mindful that the city is not part of the North American Highway system, so it can be reached by air or sea alone.

Another great place to visit is Skagway – particularly if you're interested in history. Much of this city has been restored to resemble its appearance in the 1890s, when it was in the grip of the great gold rush. Indeed, much of the location is situated in the Klondike Gold Rush National Historical Park. Once a place where treasure hunters started their gold rush adventure, it is a now a fun spot in which to explore the history of this phenomenon. A good way to do so is by taking a trip on the White Pass & Yukon Railroad, which lasts three hours and shows you amazing sights such as Dead Horse Gulch and Bridal Veil Falls.

Finally, Valdez provides another wonderful spot to discover, especially for fans of winter sports. In fact, this stunning destination tends to get more than 300 inches of snow per year and is a haven for skiing, snowboarding and ice climbing, among many other exhilarating activities. Of course, taking in the incredible backdrop of glaciers and mountains is a must while you're here too.