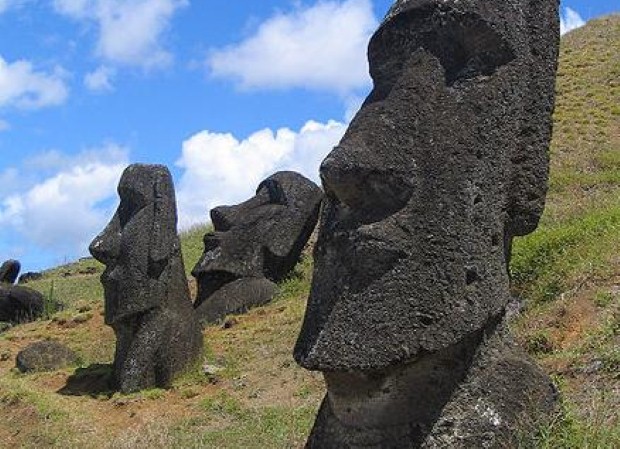 Easter Island is a hard place to reach

One of the great things about travelling is visiting new places, and there's nothing quite like exploring historical sites that are a bit tricky to get to. Even if they're popular, you'll have an enormous sense of achievement when you reach your destination.

So, here are five of the best difficult-to-access historical sites around the world.

Machu Picchu might be a popular stop for tourists in Peru nowadays, but that doesn't detract from the challenge of actually getting there. Book an Inca Trail tour and you'll have four days of hiking ahead of you to reach the legendary city.

You'll be walking at high altitudes – ascending to over 4,000 m at the highest point of the trek – and the paths can be steep at times, sometimes with precipitous drops to one side.

Reaching the base of the Sigiriya Rock Fortress in Sri Lanka is not overly difficult, but climbing to the plateau where the fortifications have been constructed is a little more of a challenge.

The enclave was built in the 5th century on top of a large, predominantly flat-topped rock that rises 200 m out of the surrounding forest. The route to the top is a series of winding paths and sheer staircases, with the entrance to Sigiriya guarded by two giant lion's paws – which are all that remains of a statue of the big cat that used to sit here.

Once you reach the fortress, you can spend some time exploring the remains of its temples, terraces and water gardens.

The Easter Island Statues – known as Moai – are the main reason travellers head to this remote island in the Pacific Ocean. Although it is a Chilean territory, it is a long way from the mainland and flying from either Chile or Tahiti is the only way to reach the destination.

Once you're on Easter Island, though, it is relatively easy to move around and see the various Moai and other sites relating to the Polynesian settlers who made the island their home in approximately AD 300. As well as the completed Moai, you can also visit quarries where the rock was sourced and see partially-carved statues.

The churches in Lalibela, which were all carved out of single pieces of rock, are a UNESCO World Heritage Site that is certainly worth visiting. They are located in the country's highlands and are in a mountainous region, with some of the structures only accessible by walking or riding mules along the mountain tracks – the Ashatan Maryam church is an example of one of the hard-to-reach places of worship.

King Lalibela ordered the construction of the churches in the 12th century, with his intention to create a 'New Jerusalem'. You can therefore see Hebrew overtones in the designs of the structures. The largest of the churches is Biete Medhani Alem, which has five aisles.

Lo Manthang is a medieval walled city located in the Mustang district of northern Nepal. Most travellers reach this fascinating destination by trekking, with a typical route usually departing from and returning to Jomsom.

The city dates back to the 14th century and is home to an impressive palace, which is inhabited by the Raja, as well as four important temples and a monastic school. Chompa Lakhang is the oldest of these places of worship, as it was constructed in the 15th century, while the large assembly hall of Thugchen Gompa is also worth visiting.

Indulge the senses with a wine tasting break in South Africa

Top five museums and galleries to visit in Melbourne