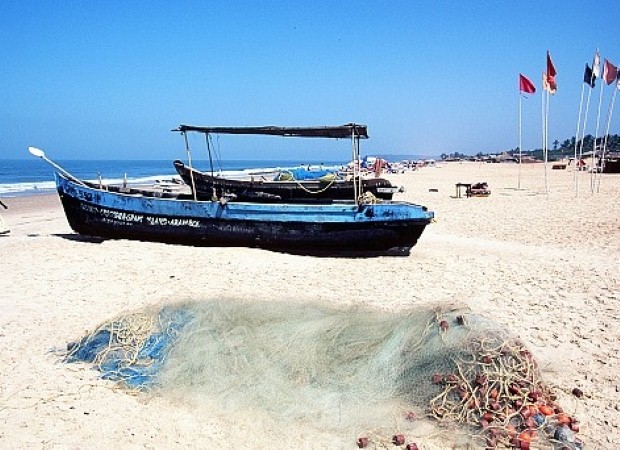 Goa is renowned for its stunning beaches

When you jet off on Goa holiday packages, it can be very easy to settle into your resort and rarely venture away from the beautiful stretch of sand you see before you. It's worth exploring elsewhere in southern Goa if you're after empty beaches, though.

As the southern coastline of the state tends to be less developed than the northern regions, it's the ideal place to come if you want a holiday that involves relaxing on deserted, unspoilt shores. While there are lively spots here, like Colva Beach, there are also plenty of laidback bays where you can really unwind.

Here are just a few of the stunning beaches you should take the time to discover on your holiday in Goa.

This is Goa's most southerly beach and, although it's still relatively quiet, it's definitely started to attract more attention. When you arrive, you'll quickly see why – a crescent of white sand runs down to the sea, with palm trees running along the back of the beach.

You'll have a lovely view out to some neighbouring islands, none of which are inhabited, and if you want to get a closer look you can always ask one of the local fishermen to take you out in his boat. Keep your eyes open for dolphins as you cruise through the water, as these playful marine mammals are often spotted in the area.

Slightly further north of Palolem is the deserted Agonda Beach. The only thing you'll find by way of development here is a few palm shacks dotted along the sands, otherwise it's a deserted paradise.

Stretching for 3 km, there's certainly plenty of room for the few travellers who venture here, so you won't have to worry too much about sharing this beach with hoards of holidaymakers.

The only downside to Agonda is that it's not the best place for swimming, but it is close to an attraction that's worth exploring – Cabo de Rama Fort. Situated on a headland looking out to sea, this fortress has been in existence for hundreds of years.

Now all that's left is ruins, which date from the time the Portuguese inhabited the region in the 18th century. Nevertheless, it's fascinating to wander around these tumbled-down structures – one of the highlights will be the Portuguese cannons that can still be seen in one of the turrets.

If you're based in or near Colva, the sands at Benaulim will be within easy reach for you. Located just 2 km south of the thriving Colva Beach, you'll come to this much more laidback bay, where you can relax and watch local fishermen go about their business.

There are a few shacks here where you can get food and drink, while there's also the opportunity to take a boat trip to get a different view of the coast or see if you can spot any dolphins.

Pop into the village before you head home for the evening if you're after some souvenirs, as the craftsmen of Benaulim are renowned for the exquisite rosewood furniture they produce.

Travel 5 km to the north of Colva, meanwhile, and you'll come to Majorda Beach. There are some hotels and resorts in the area, so it's a little more developed than some of the other stretches of sand you may come across, but it's much more peaceful than the busier coastal destinations.

Make sure you pick up some bread from the bakery in Majorda, as it's renowned for the quality of its produce. The village is where a group of Jesuits settled and taught the locals how to make European baked goods.