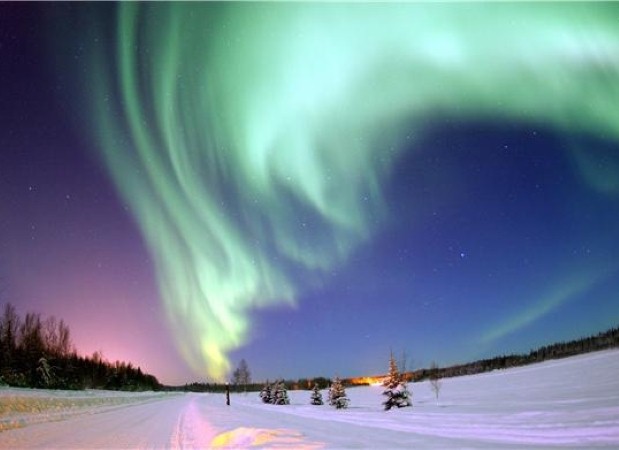 When you decide to visit the US it can be a tough job narrowing down where you will visit, even if you plan to spend several months there, as the country is so vast. However, booking an Alaska tour as part of your trip is well worth it as the state is simply stunning.

Not only is it home to endless rugged wilderness and snowy peaks, but you also have the chance to see the Northern Lights while you're in this part of the world. Of course, catching a glimpse of the spectacle that is aurora borealis is not guaranteed, but NASA has predicted that 2012 and 2013 will be the best time for 50 years to witness the natural light display. There are only a few places in the world where you can see this phenomenon at its best, so this is an opportunity not to be missed.

Aurora borealis occurs when highly charged atoms collide with the earth's atmosphere and the magnetic force causes rippling shafts of light to illuminate the sky. However it works, it is undeniably beautiful, appearing like a wave of red, blue, green and all the other colours of the rainbow moving across the darkness of the night sky. When you factor in how much else an Alaska holiday has to offer, you'll soon wonder why you have not considered it as a destination before. So, even if your luck is not in and you don't see the Northern Lights during your visit, the wealth of other thrilling excursions on offer will more than make up for it.

You can take a tour of the Denali National Park, where you will have the opportunity to explore the wilderness of the tundra. This reserve covers six million acres of land with a single road running through it, where forest gradually gives way to the treeless highlands and snow capped peaks – including North America's tallest, Mount McKinley. Visiting this place is almost like arriving on another planet and although it may be located in the same country as Las Vegas, Florida and Los Angeles, it could not feel further removed.

Yet this rugged landscape is by no means desolate. Indeed, it supports more than 650 species of flowering plant, along with greenery like moss and fungi. In addition, there are animals large and small that roam here, such as packs of beautiful wolves – so look out for paw prints on your tour. Other creatures to call the park home include grizzly bears, moose, caribous, wolverines and lynx.

Yet Alaska is not just endless wilderness and there are towns and cities to visit too. Indeed, comparing the quiet beauty of the tundra with the bustling pace of the built-up settlements only adds to the rich texture of your adventure holiday.

Anchorage is perhaps the first city you will want to check out, as it has the accolade of being the largest in the state and is also home to half of its population. Here you can take a sightseeing tour of the historic downtown area, or visit one of the restaurants after stocking up on a few souvenirs. However, you're never far from nature and Anchorage's animal population is actually larger than its human one. Around 1,000 moose, 2,400 Dall sheep and many bald eagles reside here, while it is possible to see beluga whales in the waters near the city. When evening falls, you may be lucky enough to see the Northern Lights so always keep an eye on the skies during your visit.

Fairbanks is a city that is also well worth visiting and this is a great place to get to know more about the way of life in the state, with a history dating back to the 1800s and the title of Gateway to the Arctic. Head to Golden Heart Park to view the 18 ft monument Unknown First Family, which is cast from bronze and commemorates the heritage of the city. You will also be able to see the Trans-Alaska Pipeline, which transports crude oil from Prudhoe Bay to Valdez. Again, once the sun starts to set it is advisable to head out of the city to lodgings in more natural surroundings, so the artificial light does not hamper your chance of seeing the aurora. When you do, this will certainly be the perfect addition to your Alaskan adventure.

St Vincent and the Grenadines