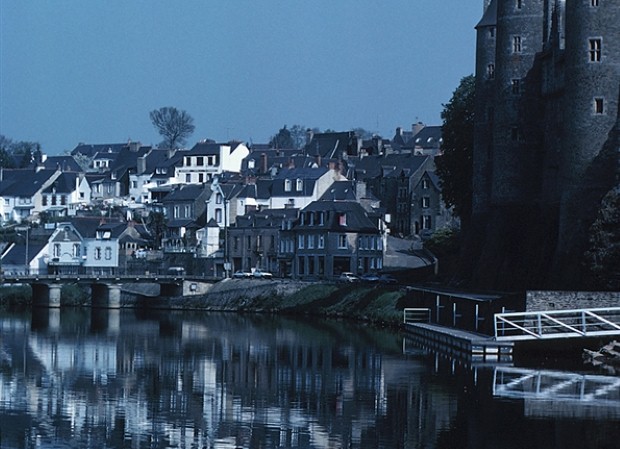 Soak up Brittany's history on a boating break

France has long been a popular destination for those who enjoy finding out about local culture while on holiday, as well as who like going boating through picturesque countryside. Head to Brittany on your next break, however, and you will have the opportunity to combine discovering the region's history with fantastic sailing along canals and waterways.

While these are undoubtedly two amazing reasons to take a boat trip to Brittany, it is also worth bearing in mind that this part of the country is easy to reach from the UK and benefits from a mild year-round climate. Add to this the fact that specialist tour operators offer boating holiday excursions of varying lengths in the region, and you should find there is scope to have a fantastic culture-filled sailing break. Here's a look at some of the places that you might wish to visit.

Located at the confluence of the Oust and Vilaine rivers, Redon is a fantastic destination to explore during a getaway, not least of all because of its maritime past. Close to several waterways, the town has long been an important port in the region and you can find out more about this part of its history by visiting the Musee de la Batellerie. This cultural institution, the name of which literally translates as inland navigation museum in English, hosts a number of exhibits that look at how Redon has developed over the years, how nearby canals operate and the day-to-day life of sailors.

Elsewhere in the town, make sure you check out the traditional salt barns (some of which date as far back as the 18th century), the Hotel de Richelieu which contains an eye-catching square turret and the Saint-Sauveur abbey. This Benedictine structure was widely viewed to be the most important abbey in the region during the Middle Ages, so it is a must-see for all history enthusiasts.

Among the most historic towns in Brittany that you will have the opportunity to explore is Josselin. While the Renaissance-style Chateau de Josselin is perhaps the most popular landmark (and something that we will look at it in more detail a little later on), it is by no means the only example of period architecture that is deserving of your attention.

Indeed, you should take the time to check out the numerous medieval-era half-timbered homes (many of which are located in the Ste-Croix region of Josselin) and gothic-style Notre Dame du Roncier basilica. The latter is located close to the main town square and, upon climbing to the top of the bell tower, you can take in amazing panoramic views.

Many tourists passing through Josselin, however, will make a beeline for Chateau de Josselin, though when you consider it has served as the ancestral home for the famous Rohan family for nearly a thousand years it probably isn't too hard to see why.

Open to the public between April and October, this stately home contains an array of carefully preserved state rooms. Head to the dining room and you will discover a traditional 19th century decor, while the drawing room has a 16th century fireplace. Make sure you take the time to explore the home's traditional French gardens too. Here, you can stroll across sprawling lawns and see a pretty rose garden that contains dozens of species of flowers.

A dolls museum is also to be found within Chateau de Josselin's grounds. Set up in 1984, this institution puts on a different exhibition each summer, with its collection consisting of 5,000 dolls, children's toys and games.

Last, but by no means least, Dinan is a fantastic place to get a glimpse into Brittany's rich history. Explore Place des Merciers in the old town district where you will come across half-timbered homes, while taking a walk along the 1.8 mile city walls offers a glimpse into Dinan's medieval past. The town's port area is also well worth seeing, not only as is it home to a 15th century stone bridge but because it also contains rows of traditional stone properties.

The 13th century castle here is now home to the town's museum and puts on a range of captivating exhibits that examine how the area has developed over the years.