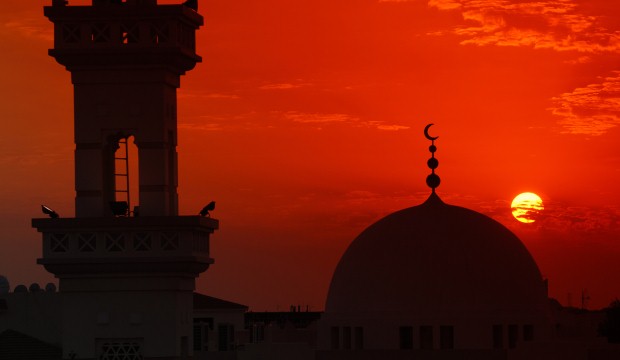 Qatar Airways has resumed its Boeing 787 services following a worldwide grounding of the aircraft in January 2013, after a fault was detected with the battery.

Qatar Airways will be showcasing its onboard cuisine at this year’s BBC Good Food Show in Olympia, London, as the carrier promotes its new inflight menu.

Qatar Airways have announced which top chefs have been working together to produce the airline's new gourmet in-flight menu.

Qatar is a peninsula, jutting out from its sole land border with Saudi Arabia into the Arabian Gulf. It’s tiny, about one-third the size of Wales, with a population of 1.7 million – about 85 per cent of whom are expatriate workers from southeast Asian countries such as India, Nepal and Bangladesh. There is also a sizeable number of Filipinos and a small community of European expats, mostly from the UK, US and Australia.

It’s fair to say that Qatar and its capital Doha are not great tourist draws as there is not much of interest to see there. A decent Museum of Islamic Art built at great expense is worth a look and Doha has some reasonably good malls but nothing outstanding. Qatar is basically Doha – little else goes on in the rest of the country apart from oil and gas extraction in the north, the source of the country’s great wealth.

Qatar is not a holiday destination and, frankly, it never will be. The government knows this and is looking to promote Doha as a place to do business so there are numerous five-star hotels in the capital – some of them as good as you’ll find anywhere in the world.

Another thing that’s five-star is the range of sporting events that take place in the winter: there are men’s and women’s ATP Tour tennis events, the Asian Cup (football) took place there in early 2011 and, incredibly, Qatar is going to host the 2022 World Cup football tournament also.

Another new addition to the Doha diary is the annual ‘Doha Tribeca Film Festival’ which has both high-profile film premieres from cinema all over the world, and high-profile actors and directors flying in to town to tread the red carpet.

A word of warning: Doha’s climate from May to September is deeply unpleasant with temperatures frequently getting well above 50C (in the shade) in July. Many locals decamp for a couple of months but the workers keep working. You simply can’t go out in these temperatures, so unless you plan to visit Qatar in the winter, forget it.