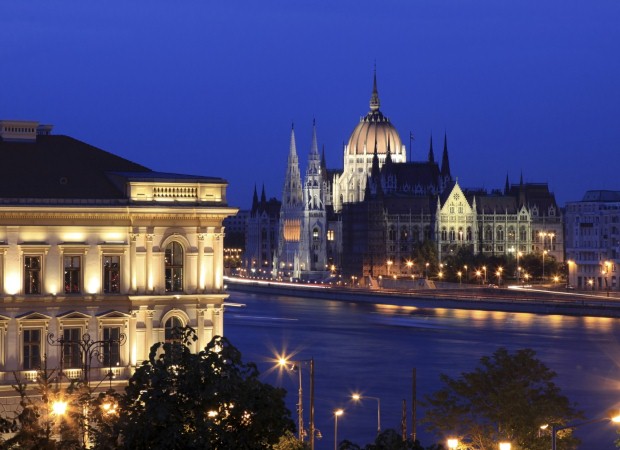 Budapest has been under the control of the Nazis and Soviets

Any good school history trip that focuses on the 20th century will at least touch on some of the oppressive regimes that blighted Europe during the period. Budapest is a perfect location to learn more about this, as it was occupied by both the Nazis and the Soviets.

Visit the Hungarian capital today and you will find a thriving modern city, complete with some beautifully-preserved old landmarks. However, its recent history was turbulent and its people were subjected to great tyranny. In order to ensure this is not forgotten, the House of Terror museum was opened in 2002 to detail some of the worst abuses suffered by Budapest's citizens.

Having initially entered World War II in support of the Axis powers, Hungary was later occupied by German forces and a puppet government was established by Ferenc Szalasi's Arrow Cross Party. The organisation was based at 60 Andrassy Avenue and that is the building chosen to house the museum.

In between times, it was also used as the headquarters of the AVH, the secret police who controlled almost every aspect of society during the communist era. Hungary effectively became a satellite state of the Soviet Union after the second world war and, following the suppression of the 1956 revolution, remained so until 1989.

The AVH was brutal in its dealings with dissidents, as your students will discover when they take a tour of the basement of the House of Terror. Some of the cells and torture equipment used when questioning prisoners have been reconstructed and they provide a real insight into the regime's lack of humanity. Hungary was reputedly the least oppressive of the Eastern Bloc states, so your group will gain some understanding of how bad conditions would have been elsewhere.

In addition to exhibits that outline the atrocities committed by the communist government, there are also displays that detail crimes by the authorities during Budapest's period under fascist rule. You will also be able to learn about the relationships Hungary had with Nazi Germany and the Soviet Union.

There are lots of other fascinating things to see during school tours of Hungary's capital. Visit the Grand Synagogue and its museum to discover more about Central Europe's largest Jewish settlement and their fate during World War II, before taking a trip to the magnificent Royal Palace on Castle Hill, where you will find the National Gallery and Budapest History Museum.