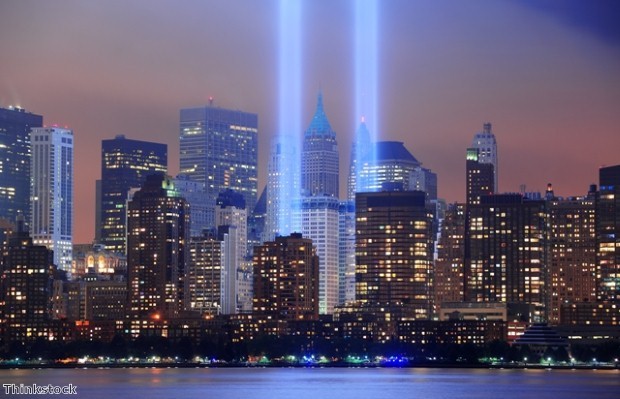 One World Trade Center has been built on the site of the 9/11 attacks (photo: Thinkstock)

Today a steel column was built on the 100th floor of the skyscraper built on the site of the 9/11 attacks, making it the tallest building in New York at 1,776ft (541m) high.

However, One World Trade Center is more than a tall building. It was built to replace The World Trade Center’s twin towers, which were destroyed in a terrorist attack on September 11th 2001 – and it is a symbol of hope for the city.

The skyscraper will hold huge significance for people all around the world. Many, no doubt, will flock to see New York’s newest landmark, which is already being referred to as ‘Freedom Tower’.

One New Yorker told the BBC: “It’s a miracle that’s been long overdue.”

The rooftop parapet of the building will be 1,368ft – exactly the same height as the original One World Trade Center. However, when all 104 floors are finished, including the antenna, the building is set to be slightly taller than its predecessor.

With the spire – that makes the building a symbolic 1,776ft tall – it will also surpass the Willis Tower in Chicago as the tallest building in the US.

Inside, the building will house 69 floors of office space as well as restaurants, television broadcasting facilities and an observation deck. Outside, in the shadow of the new tower, two reflecting pools sit where the twin towers used to stand – as a memorial to 9/11 and the lives lost.

Michael Bloomberg, the Mayor of New York City, commented: “The New York City skyline is, once again, stretching to new heights. Today our city has a new tallest building and a new sense of how bright our future is.”

Forget the Jubilee: Brits want to escape to New York

New York is the most searched for holiday destination by Brits looking to get away during the Diamond Jubilee long weekend, according to Kayak.

The first hotel specifically designed for the LGBT community – The Out NYC – has opened in New York City.

World’s largest Ferris wheel to be built in New York

Staten Island’s waterfront will be transformed by the building of the world’s largest Ferris wheel along with a new retail complex and hotel, it has been announced.

Titanic II plans to be unveiled in New York

Australian businessman Clive Palmer will be unveiling the design and plans for Titanic II in New York today, according to reports.

Escape the hustle and bustle of NYC in Central Park