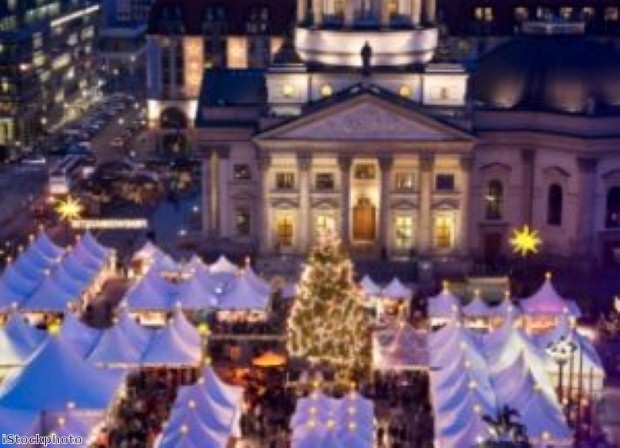 Berlin has dozens of Christmas markets

If you want to get into the festive spirit as part of your next holiday by boat, consider booking a German boating getaway to Berlin. The nation's capital comes alive with magical winter scenes, traditional wooden stalls and all sorts of delicious scents during the run up to Christmas.

German markets often set up in locations all around the world as part of the festive season, but nothing compares to visiting an authentic bazaar in the country itself. Berlin hosts around 50 markets each year, and if you plan to visit in the next month or so, you'll want to take a look round some of these. Sample tasty, traditional fare, pick up handmade gifts and take in seasonal performances during your time in the city – read our guide to the best of Berlin's markets to get the most from your visit.

The Charlottenburg Castle Christmas Market is among the most famous festive bazaars to be held in the German capital. The event spans around 30 days and sees more than 100 vendors descend on the grounds of the beautiful palace between November 26th and December 26th to display their wares. You can browse handicrafts and tempting culinary delights, as well as head inside the castle to admire temporary and permanent exhibitions.

While the market is running, there is a special programme of entertainment for children sure to delight any youngsters travelling in your party.

The Winter World comes to Postdamer Platz between November 3rd and January 6th. The event covers 4,000 sq m of stalls and activity areas inside the Sony Centre, as well as outside.

You can expect to browse an array of gifts and German delicacies, including a great variety of beers and sausages, while activities you can have a go at include skating and curling on the ice rink. To mark the event, Europe's largest mobile toboggan run will be erected at the site, and this is sure to be a hit with the kids.

From November 26th, Berlin will host the Spandau Christmas Market – which is the city's largest festive event of its kind. The marketplace, the church of St Nicholas, and the Carl Schurz-Strasse all become hubs of activity until December 23rd.

Performances are staged for many of the days in the run up to Christmas, and there are around 250 stalls of local crafts and foodstuffs to look at. Among the highlights of the event is a Christmas crib scene with living animals.

Arguably the best bazaar for foodies to visit is the Kaiser Wilhelm Memorial Church Christmas Market, which is situated near the Kurfurstendamm. The historical church is surrounded by dozens of stalls from November 26th until January 1st, many of which sell tasty treats like roasted almonds and glazed fruit.

Wash down a hot grilled sausage with a glass of mulled wine or some punch, or sip a cup of hot cocoa as you make your way around the focal point – a 20 m high Christmas tree – along with stands of decorations, handicrafts and children's toys.

The beautiful Gendarmenmarkt hosts an annual festive market just before Christmas and this year the bazaar will take place between November 26th and December 31st. If you're keen to learn a little about local trades throughout the ages, you can do so here by watching demonstrations of stonemasonry, flax embroidery and woodcarving, among others.

All sorts of entertainment is put on during the event, including choral performances, juggling displays, dance shows and jazz concerts.

A market is held in the area between the Staatsoper and the Opernpalais every year, with vendors setting up around 200 wooden stalls to showcase their handmade creations.

Browse the candles and lanterns and tuck into roasted nuts and confectionary as you wander around admiring the goods on show.  The palais (palace) and the staatsoper (opera house) are both lit up for the event, and you can also take a carriage ride through the old centre of Berlin for a particularly memorable visit.

Sample some grilled salmon and potatoes and a glass of white or red mulled wine, and pick up any last minute Christmas gifts you haven't got round to buying yet.

Highlights of the Inca Trail