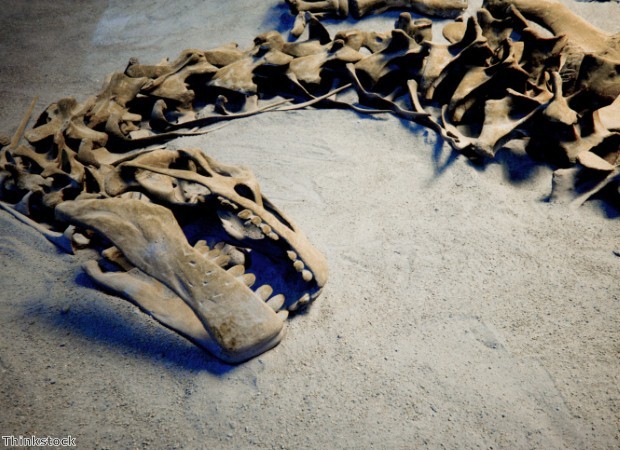 Get close to dinosaurs in the south of France

If you love nothing more than learning about history, culture or art during your time on holiday, a boating break in the south of France could be ideal for you. The region is dotted with all sorts of fascinating museums, and travelling by boat will allow you to reach many of them in a single getaway.

Because you'll be on the move for the duration of your break, there's no need to confine yourself to the sights of a single city or town. Journey through the south of France for a week or two and you'll have plenty of opportunity to visit the museums that really pique your interest. Keep reading for our top picks.

Arguably the best-known museum in the Languedoc region of southern France, the Musee Fabre in Montpellier is a popular attraction for visitors to the area. Having been closed for a number of years, the newly-renovated museum has reopened as a strikingly-beautiful art gallery.

The collection of precious works is housed inside a Jesuit college and a hotel – the former of which was built in the 17th century and the latter in the 18th century – along with some extensions that were added in the 19th century.

You can access the building via the well-kept courtyard, which is constructed in marble and granite, and head inside to admire paintings and sculptures that date back to the 14th century onwards. The Old Masters works on show are categorised into three groups – European paintings from the 14th to 18th century, Flemish and Dutch 17th century works and Neoclassical art from the 18th to 19th centuries. There are also collections of decorative, modern and graphic art to take a look at as you explore.

There are a great number works to admire from a variety of artists, although there aren't many famous names exhibited here; Monet and Renoir are among the most well-known artists whose works are on show.

Europe's largest museum of dinosaurs is located in Meze in southern France and is built on an important paleontological site in the Meze plain. In the 1990s, dinosaur nests and eggs were found here.

The layers of rock that comprise the ground were dug up and all sorts of fossils dating back millions of years were unearthed. As well as eggs, plant roots and dinosaur skeletons were all discovered, and the information they have brought scientists has meant replicas of numerous dinosaurs have been constructed and can be seen dotted throughout the park.

As you make your way around and gaze in awe at these giant creatures, you can also get a closer look at the skeletons and fossils that have been found at the site and learn more about them by reading the accompanying information boards.

The small town of Ceret, which is located close to France's border with Spain, is home to the popular Museum of Modern Art, established in 1950. Despite being situated in the centre of a little-known settlement, the museum boasts a varied collection of works by renowned artists like Matisse, Dali and Picasso.

Numerous contemporary works by the likes of Toni Grand, Dominique Gauthier and Claude Viallat can be seen, while the modern art section includes pieces by Joan Miro and Edouard Pignon.

The beautiful Hotel d'Assezat is a Renaissance palace built in Toulouse during the 16th century. The building, which has elements of classicism and mannerism in its design, was restored in the 1990s and now houses an art gallery known as the Bemberg Foundation.

Georges Bemberg was a wealthy Argentinean art collector who amassed a comprehensive collation of works over his lifetime. The Bemberg Foundation's collection includes paintings, sculptures, drawings and furniture, among other items.

The paintings and drawings make up the largest portion of the exhibition, and if you visit the Hotel d'Assezat you'll be able to admire pieces by artists like Cezanne, Monet and Pissaro. Among the French paintings are examples of Fauvism and Impressionism, while highlights include a set of images by Pierre Bonnard and a collection of Venetian works that date back to the 16th to 18th centuries.

Why book a corporate sailing trip?