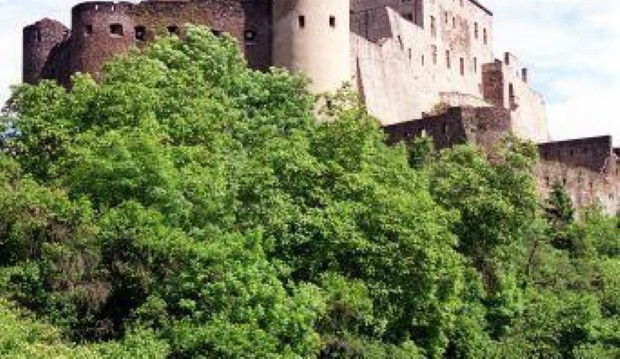 The Luxembourgish Ardennes is one of the largest regions in Luxembourg

Uncover the secrets of the tiny country of Luxembourg, with a last minute escorted tour specialist Travelsphere.

A mouthful of Michelin in Luxembourg

A mouthful of Michelin in Luxembourg

Sandwiched between Belgium, France and Germany, the tiny Grand Duchy of Luxembourg seems like a children's fairy tale come to life. Towering castles rest on the edge of precipitous gorges and valleys, while footpaths wander into the mysterious Mullerthal forests.

Many distinct cultures have made their mark on Luxembourg, including Roman and Germanic. Evidence of this can be seen throughout Luxembourg's dazzling capital and in the picturesque towns and striking ruins of this beautiful country. What's more, Luxembourg's sprawling regions of unspoilt terrain and pristine rivers and lakes made traversable by foot and cycle paths provide plenty of opportunity for the traveller to stretch their legs and explore the many different areas of the country.

The Ardennes: The northern region of Luxembourg is home to curvaceous landscapes and rolling hills and valleys studded with magnificent castles and natural parks.

Echternach: Luxembourg's oldest town holds fierce pride in their history and heritage, serving as a gateway to the lush forests of the Mullerthal region, also known as Luxembourg's "Little Switzerland".

Luxembourg City: An adorable city straight from the pages of a fairy tale, the capital of Luxembourg hosts a precious display of castles and arching bridges that complement perfectly the romance that surrounds the area. The city also boasts an impressive cultural scene.

Moselle Valley: The southeast of the country contains Europe's smallest wine region and offers scenic and relaxing exploration by boat, foot, or bike. The largely unmarked area, is dotted with small towns and religious buildings.

Vianden: One of the most popular areas in Luxembourg and home to the stunning Vianden Castle, even the most critical eye would have trouble finding a single flaw in this picture-perfect town.

Luxembourg has one international airport. The Luxembourg Airport welcomes over a dozen airlines, including British Airways, Lufthansa, and LuxAir International rail services run through Luxembourg, but travellers from the UK will have to make a stop in Paris or Brussels. Travellers can take Eurostar as far as Paris or Brussels, then take either TGV from Paris or another rail service from Belgium such as Bahn. No coach services currently run to Luxembourg at this time. For travelling within Luxembourg, one can purchase railway or bus tickets at the airport or any railway station, with many special daily, weekend, and monthly passes available. The above websites can only be accessed in French and German, but this site offers an English version of timetables for all public transportation within Luxembourg.

Language: Luxembourgish, a dialect of German origin, is spoken in Luxembourg. Most written communication is in German or French, which many can also speak. To learn the basics of Luxembourgish visit www.bbc.co.uk/languages

The rewarding experience of volunteering for charity on holiday