Five things to discover in Strasbourg 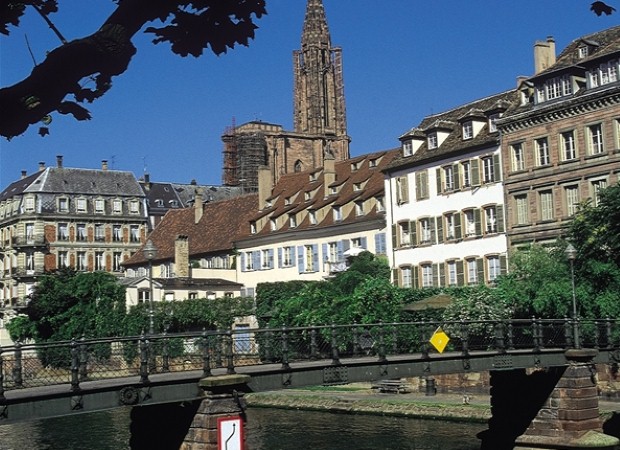 History students will find lots to interest them in Strasbourg

Strasbourg is a fascinating place to visit for students of history and politics, as it is where you will find the European Parliament, the Council of Europe and Court of Human Rights. However, there is far more to see than just institutions in this beautiful French city.

The capital of the Alsace region, Strasbourg can trace its past back to Roman times and its selection of landmarks make it an ideal destination for school history trips. Its location close to the border means you can also use it as a base to explore western Germany, but with so much to discover in the city, you may well decide there is no need to do that.

It is difficult not to be impressed by the cathedral, which was constructed between 1015 and 1439 and is regarded as one of the masterpieces of Gothic architecture. The pink sandstone exterior and sculptures on the facade are magnificent, while the ornate stained-glass windows ensure the interior is just as breathtaking.

Make sure you stop to let your students study the Renaissance astronomical clock and, if they are feeling energetic, allow them to climb up to the platform. The spiral staircase has 332 steps, but you will be treated to wonderful views over Strasbourg and the Black Forest from the top.

Strasbourg's main synagogue was built in the 1950s and while it cannot match the cathedral for age, it does have an important history. The city once had a superb Romanesque revival synagogue, but it was burned down by the Nazis after they had expelled the Jewish population following the invasion of 1940. The new complex was constructed as a replacement and a symbol of peace.

No school trip abroad would be complete without visiting at least one museum and there are lots to choose from here. Perhaps the best of them is the Historical Museum, which tells the story of Strasbourg's past from 1262 onwards, with a focus on the Holy Roman Empire, the wars of the 17th century and the French Revolution.

There are lots of green spaces to explore in Strasbourg, such as the local university's Botanical Gardens, which are home to more than 6,000 plant species, including eye-catching trees like the Caucasian wingnut, bald cypress and giant sequoia.

You are sure to want your students to have some fun during their tour, so it is well worth taking a trip to the Secrets of Chocolate Museum. The exhibition tells the history of chocolate and includes demonstrations from chocolatiers – as well as the chance to taste some sweet treats.

A pick of some of Europe's best mountain biking routes

Where to sample delicious seafood in Hong Kong