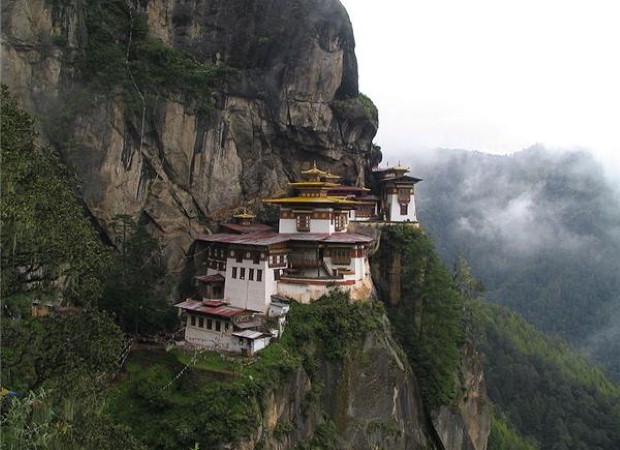 Bhutan is a fantastic destination for holidaymakers who are keen to experience a way of life completely different to their own. The landlocked Asian country's rich cultural heritage has been carefully preserved over the years, so in coming here you can observe local traditions that have remained unchanged for centuries.

A Bhutan holiday can offer something for people of all interests, although it is perhaps most suited to culture vultures wishing to explore historic temples and other buildings. Ancient structures are certainly in abundance here, as up until the 20th century Bhutan was relatively isolated from much of the rest of the world.

While certain elements of modern western life are being steadily introduced, the country's cultural, spiritual and religious traditions have, on the whole, been conserved. With so many wonderful things to see, taking a Bhutan tour is a good way to ensure you don't miss out on the most captivating sights.

One landmark you will definitely want to see when exploring Bhutan – or the Land of the Thunder Dragon, as it is also known – is the Kyichu Lhakhang complex. Although this started out as a fairly modest temple back in the seventh century, it has gradually expanded over the years to incorporate more halls and other buildings. Step inside the various structures and you'll discover several Buddhist artefacts, including statues of revered figures such as Red Kurukulla and Jowo Shakyamun.

Head to the Paro Valley in western Bhutan and you will discover the Taktshang monastery, which is commonly regarded as one of the country's most important buildings. Perched on a cliff some 800 m above the ground, the complex you see today was built in the 17th century and contains several elements of traditional Bhutanese architecture, including whitewashed walls and golden turrets.

However, the region has a far longer history as the nearby cave is believed to be the place where Buddhism was founded in the country over 1,000 years ago. The temple continues to be a popular pilgrimage destination to this day and you can get involved in local traditions by hanging up colourful prayer flags.

The country's location in the Himalayas makes it a great place to go walking, so by taking Bhutan trekking tours you will see everything from sweeping plains to snow-capped peaks. In walking through the Punakha Valley, you will arrive at the Chimi Lhakhang Temple, a 15th-century building established by Drukpa Kuenly, a Buddhist teacher who was also known as the Divine Madman.

Featuring a golden-yellow roof and other traditional examples of Bhutanese architecture, the temple has become a popular place of pilgrimage for infertile women who are keen to have children.

As the country's capital and biggest city, Thimphu is a great place to get acquainted with local customs. Head to the thriving market held every weekend around the banks of the Wang Chhu River and you'll be able to pick up everything from fresh fruit and vegetables to handmade baskets and prayer wheels. It's traditional to bargain with stallholders on the price of products, so be ready to haggle in order to get a good deal!

You should also make the effort to visit the Tashichho Dzong. This massive complex is not only the country's biggest monastery and where the national government meets, but is also the home of the king's throne room and the National Library, which contains a vast array of ancient Buddhist manuscripts.

Trek the Inca Trail in 2011: the 100th anniversary of Hiram Bingham's discovery of Machu Picchu | Travelbite.co.uk