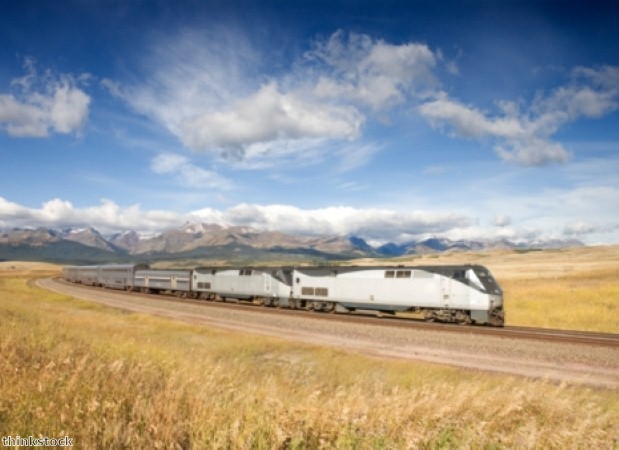 If you're looking for a great new way to see the US, why not opt for an America rail holiday? You'll find some great options to choose from, whether you want to take a grand tour of areas like Las Vegas, or a coast to coast rail tour across New York, Chicago and San Francisco.

Begin your expedition in London, where you will fly across to the US for the first leg of your journey in New York. You can expect to spend a few days in the Big Apple visiting landmarks such as Times Square, Central Park and Broadway. There are plenty of art galleries in New York that you might like to visit when sightseeing in the region, as well as the famous Statue of Liberty and Brooklyn Bridge.

From here, your rail tour adventure begins, taking you next to Washington for a couple of days. Take in the city's features, such as the White House and Capitol Hill, and spend some time exploring at your own pace. Perhaps you'd enjoy a trip to the world's largest art, science and history museum complex – the Smithsonian.

Moving on from the US capital, your holiday by train will journey through the mid-West. Make yourself at home in the comfort of the train where you'll be spending the night as you travel through the Allegheny Mountains into Ohio, Indiana and Illinois. The following morning, you'll awake to breakfast before alighting the carriage in Chicago. Here, you might like to pay a visit to Al Capone's former headquarters or climb to the top of Sears Tower for an amazing view over the city.

After another overnight journey, prepare to explore what Denver has to offer, such as the mile-long promenade filled with shops and cafes, as well as some spectacular mountain views. Day ten will see you and your fellow travellers travel by coach to the Rocky Mountain National Park, Big Thompson Canyon and Estes Park – great if you're a fan of nature and fancy stretching your legs.

For the second half of your rail journey through the USA, you can expect to call in at Colorado after travelling through the Rocky Mountains along the Denver and Rio Grande Railroad. Sample the wines of Colorado and enjoy the scenery of the San Juan Mountains and the National Forest as you make your way to the former Wild West town of Durango.

And what American holiday could be complete without taking in the sights of Utah's Monument Valley and the Grand Canyon? If you're brave, you might like to take a flight over the natural wonder when your train drops you off in the area.

The remainder of your rail tour will take you to Los Angeles, San Francisco and the infamous island of Alcatraz, where criminals such as Al Capone and the Birdman of Alcatraz once resided in the prison there.

You can expect to journey home after 20 fantastic days exploring what the vast country has to offer.

If you've less time on your hands but would still love to take a rail break in the USA, you might prefer a grand tour of the country, calling in at some of its most prominent and well-known states.

After flying to San Francisco from London, you can expect to stay in the city for a few days and take in sights such as the Golden Gate Bridge and buzzing Fisherman's Wharf, as well as paying a visit to Alcatraz. You might enjoy exploring all the different parts of San Francisco, such as the thriving Chinatown area – which is the largest outside Asia.

Next, travel through California's Central Valley and be wowed by the spectacular views of the coastal mountain ranges and the scenery of Yosemite National Park, which you can explore in greater depth after alighting the train. Take in the natural wonders of El Capitan mountain and Bridal Veil Falls before heading off to your next destination – Las Vegas.

While in the glittering city, you're sure to want to visit some of the world's most renowned casinos such as Caesar's Palace, so take your time when walking down the main strip and enjoy the entertainment on offer in the form of street performers and live shows.

From Las Vegas, you'll journey on to the Hoover Dam and take a trip down the Grand Canyon Railway, which affords some excellent vistas of the canyon so make sure you have your camera to hand. Next, it's time to call in at the star-studded region of Hollywood. Spend the day exploring the area and don't forget to take a stroll down the world-famous Hollywood Boulevard.

Back on board your train, you can expect to travel through the Santa Lucia and Diablo mountain ranges back to San Francisco before travelling back home after a fabulous 14 days of sightseeing.

With so much to take in on a holiday to America, why not book a rail tour of the country to see the biggest landmarks and make the most of your time?