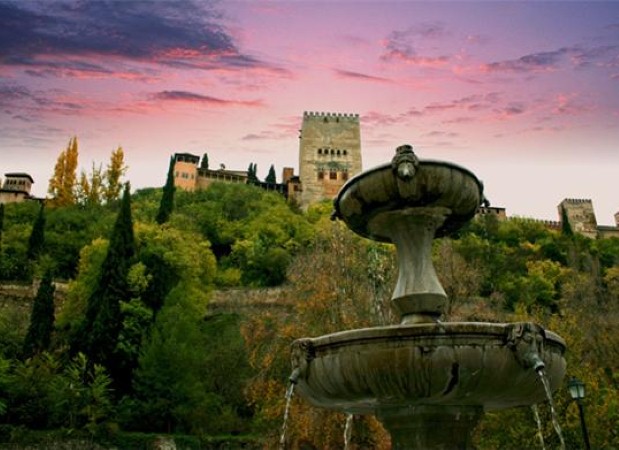 Granada is one of the best places to visit in Spain if you love history, art and architecture, with the city being home to countless monuments, galleries and a fortress. Here are just a few things you can get up to on a cultural trip to Granada.

People considering booking villas in Andalucia may be interested in taking a daytrip to Granada, as this is a great location if you want to learn more about Spain's history. The reason why Granada is filled with remnants from the country's past is because it has served as an important location for many historical occasions over the years.

Granada was the centre of Moorish rule in the country for several centuries, and as a result of this, you'll come across buildings and architectural designs reminiscent of Middle Eastern styles. This includes the Alhambra – a Moorish castle that is the city's most popular tourist destination.

The area has also seen Berbers conquer, and the Catholics gain a very strong influence over those living in the city. Due to its cultural diversity over the years, you'll come across a range of attractions that will keep you entertained however long you are staying.

The most famous historical area of interest to visit in Granada is the Alhambra, a red fortress that stands on top of the hills looking over the city.

It is situated on the slops of La Sabika and the terracotta-coloured palace was built in the 9th century. The castle continued to be used through to the 14th century, when extra wings and rooms were built on to the fortress.

Over the years, its function and purpose changed dramatically. While it was originally a Moorish palace, it was transformed during the Christian conquest when the mosque was replaced with a church. By the 18th century, however, the castle was neglected and only began to be restored in the latter part of the 1800s.

It is now protected thanks to its UNESCO World Heritage Site status, and visitors come from all over the world to walk around the palace and take a look at the impressive size of the fortress, as well as its Moorish architecture and designs.

Due to its position on the slope, this is also a great place to get an aerial view of Granada, where you can see green hills stretch into the distance and the rest of the city – with its bazaars, cafes and monuments – below.

There are plenty of other attractions to see in Granada, so make sure you leave enough time to visit a few. You could head to Palacio Nazaries, an Islamic palace dating from the 14th century, which will allow you to see intricate details of Muslim designs, including carved wooden ceilings, mosaics and archways.

You could also visit the cathedral, which was built between the 16th and 18th century and is a good example of gothic-renaissance architecture.

For a taste of life in Granada, visit Plaza Bib-Rambla, a relaxing square where you'll come across fountains, stalls selling flowers and several restaurants, cafes and bars. This is an ideal location to have another enjoyable experience of a holiday in Andalucia – by being able to sample traditional, Spanish food.

Top places to visit across Umbria