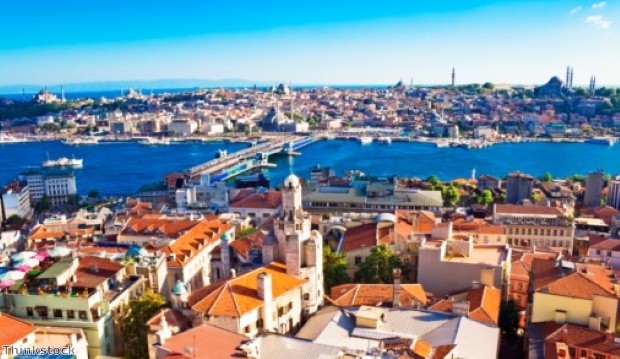 Ankara is the capital of Turkey located in central Anatolia.

For some of the best examples of early Ottoman art and architecture, look no further than Bursa.

Canakkale is a great base for visits to the ruins of ancient Troy and the Gallipoli battlefields.

Though Ankara is Turkey's capital, Istanbul is the nation's largest city.

Izmir is the third largest city in Turkey and an important port on the Aegean.

Trabzon, on the Black Sea coast, is home to many tourist attractions.

Up to 50% off Turkey holidays with Anatolian Sky

Anatolian Sky Holidays, specialists in the lesser-known and unspoilt resorts of Turkey, has reduced the price of a number of breaks departing in late June and early July by as much as 50 per cent.

The Turkish Ministry of Culture and Tourism has released a message in a bid to reassure holidaymakers, claiming there are “no problems” facing tourists travelling to the country.

Directline Holidays has reported a 25 per cent increase in enquiries about Turkey, following the premiere of the new James Bond film Skyfall in London.

Luxury for less in Turkey

Save up to £180 per couple on October departures to a stunning hillside boutique hotel with wonderful views over the Turkish resort of Kalkan.

A holiday in Turkey is a great getaway for those who love culture and adventure. You may be tempted to spend an entire holiday in Istanbul, as there are so many sights and attractions in this city alone. From the iconic Blue Mosque and the Grand Bazaar to the many Turkish Baths and the Whirling Dervishes, Istanbul offers visitors activities that are uniquely Turkish and sure to delight.

With coastline on the Mediterranean, Black and Aegean Seas, Turkey is also a fantastic destination for a beach holiday. Oludeniz Beach and Patara Beach are located on the Mediterranean and are two of Turkey's most beautiful beaches. For a swim in the Aegean, tourists will love the beaches at the popular resort town of Kusadasi.

Dalyan is perfect for those looking to go off the beaten path, and the area was named the Best Open Space (Europe) in 2008 by the Times Online. Turkey is also home to a wealth of rchaeological sites that are sure to please any lover of history. The ruins of ancient cities such as Ephesus, Troy and Pergamum are just a few of the many treasures of antiquity to be explored on a holiday in Turkey. Click here for more information about Turkey.

Istanbul:Turkey's largest city, Istanbul was the capital of the Ottoman Empire and today is a popular tourist destination for sights such as the iconic Blue Mosque. Ankara: Ankara is the capital of Turkey and home to Ataturk's Mausoleum. Izmir: Izmir is a busy port on the Aegean as well as Turkey's third largest city. Trabzon: Trabzon is located on the Black Sea Coast, not far from the Sumela Monastery housing an icon of the Virgin Mary believed to have miraculous properties. Bursa: Early Ottoman art and architecture abound in the city of Bursa. Canakkale: This city in the Dardanelles region of Turkey makes a great base from which to visit the ruins of Troy and the Gallipoli battlefields.

There are 55 airports in Turkey, so air travel is fairly easy. The largest airport in the country is Ataturk International Airport in Istanbul, which is serviced by many major airlines. Most long-haul international flights land here. British Airways and Turkish Airlines are just two of the many airlines that fly into Ataturk. Domestic flights to other destinations throughout Turkey can be arranged from Istanbul. For a list of all the airports in Turkey and information about them, click here.

It is often cheaper to book these domestic flights within Turkey, so contacting a good Turkish travel agency to book for you might be the best idea. Another way to travel within Turkey is by bus, a popular and reasonably priced mode of transport. There are hundreds of companies that operate modern buses, and they tend to run so frequently that travelers don't even need to reserve in advance unless it's near a holiday. Going to the bus terminal, purchasing a ticket, and getting on the next bus to your destination tends to work in most cases.

Train travel is another option, and sometimes the best option. Some routes even have sleeper cars, making it quite a comfortable way to get around. However, the bus is often faster on some routes, and there are areas that the railways don't service. These include the area on the Mediterranean and Aegean coasts between Izmir and Mersin, as well as the eastern Black Sea Coast. For more information, visit the website of the Turkish State Railways.

Languages: Turkish. To learn the basics of Turkish visit www.bbc.co.uk/languages

British embassy in Turkey: British Embassy Sehit Ersan Caddesi 46/A Cankaya Ankara Tel: (90) (312) 455 3344 For more information about this and other locations throughout Turkey, visit UK in Turkey.

Turkish entry requirements: British nationals require a visa to enter Turkey. A multiple entry visa can be purchased at the port of entry for ten pounds sterling (Scottish currency is not accepted).

Turkish health: Travelers should not travel to Turkey without comprehensive medical insurance as private medical treatment is very expensive. E111 and the European Health Insurance Card (EHIC) are not valid in Turkey.