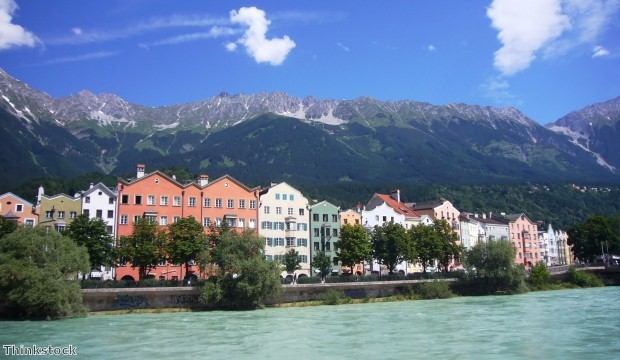 Nestled in the Austrian Alps, Innsbruck – the capital city of the state of Tyrol – is the hidden gem of Austria, combining culture, nightlife and a love of the outdoors.

Innsbruck is somewhat overshadowed by the grander city of Vienna, but nowhere else in Austria does the lines between a metropolis and the rugged mountains become so thin. This is a city where you can hike by day and be sipping a cocktail in a sleek hotel bar by night.

Arrive:
You can fly from London Gatwick to Innsbruck airport with Easyjet, who have return flights from about £100 and the best bit is – the journey only takes 1 hour and 30 minutes from London.

Where to stay:
Innsbruck has a number of options, from camping to five star hotels. I would recommend the five-star Hotel Grand Europa, which is located right next to the train station, and is only a five minute walk from the city centre. This hotel is one of the oldest in the city, but in recent years its has had a major facelift and now is also one of the city’s most modern hotels – with the ability to play your iPod in your room, and buttons next to your bed to control the lights and curtains. My favourite thing about this hotel is that the sound from the TV was also pumped through into the bathroom, which means you can dance in the shower to the music video channel or listen to the latest news while you soak in the bath.

Explore:
Innsbruck has a regular tram service and a brand new metro, which was designed by London-based architect Zaha Hadid, which connects you to the cable car. However, the city is only small and is easy to walk around. 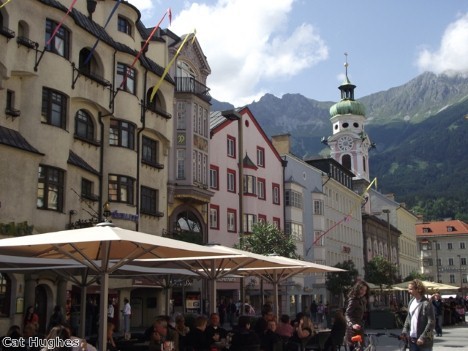 See the sights:
The sights of the city are broken in to two distinct categories: those within the city centre, and those up in the mountains, towering over Innsbruck.

As time is always short, I would recommend that you visit the Imperial Palace, the Tyrolean home of the Habsburgs, where Marie Antoinette spent part of her childhood.

The Jesuit church, the Museum of Tyrolean Folk Art and the Golden Roof Museum are also worth a visit. But if you have more time, pay a visit to the Swarovski Crytal Worlds, one of Austria’s most popular sights; with your City Guide Card you can get the shuttle bus and entry for free. If you are visiting with the kids, get the Nordkettenbahn, the new metro to the Alpine Zoo. This is Europe’s highest zoo and features alpine animals.

It might be best to spend your first day taking in the city sights, and on your second day head for the mountains on the Nordkettenbahn. Your City Guide Card will give you a return cable car ride to the top of Hafelekar, which lies 2256m above sea level. But if you don’t fancy going up that high you can stop at Seegrube (1905m), where you can have lunch and a coffee, while looking at the amazing views over the city and the Alps. 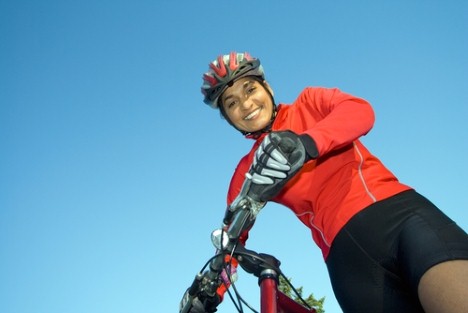 It is up here, away from the city lights, where the real fun begins. Innsbruck is an adrenaline-junkies’ paradise. In the summer there are hair-raising down-hill tracks, designed to test any mountain bike – and your courage – to the limit. Hiking is also popular in the summer, and there are various levels, from gentle strolls in the woods to walking on ledges, where you will need a head of heights.

For fun (and its free) take the Flying Fox, a short zipwire that takes you across a small dip between the Seegrube café and the hill opposite. In the winter the slopes of Nordkette are covered in snow, and they are not for the faint-hearted. Many of the runs a graded as black or double-black, but the neighbouring slopes of Patscherkofel and Muttereralm are great for beginners and families.

Where to eat:
Many places sell traditional Austrian food, such as cheese and bacon dumplings, Schnitzel, and strudel. One of the best restaurants in the Innsbruck area is Wilden Mann, a fine-dining establishment in Lans, a village above Innsbruck’s famous Ski Jump. The Ski Jump was built in 1925 and now it has a café on the top, which boasts some of the best vistas in town.

If you are looking for something that little bit special, go to the Alpenlounge in Seegrube. This restaurant sits nearly 2000m above sea level and has even better views that the Ski Jump. Other places to eat are the Alpine farms and huts, which are dotted around the NordKette, and serve homemade traditional food during the summer months. Some can be difficult to get to; others are easy. The lowest Alpine farm is Arzler Alm (1067m) and the highest hut stands at 1922m.

In the evening:
Innsbruck is a student city and thus it has a vibrant night life. I chatted to a local student to find out the best places in town. Unlike the UK, bars here stay open till 2am most of the week, or later. Many of the bars have deals in early and mid week. Hoffgarden (6a rennweg) is the place to go Tuesdays, as they do six beers for €10 (£8.70) and on Wednesdays Jimmy’s Café-Bar (17 Wilhelm-greil-strße) is the place to go according to my source.

If you are looking for somewhere a little more up-market, go to the fifth floor bar in the Hotel Penz (3 Adolf-Pichler) – it's the prefect place for a cocktail. However, the Viaduktbögen is where the students and the bright young things of Innsbruck go clubbing ‘til 6am.

Stay at the five-star Hotel Europa in Innsbruck on a bed and breakfast basis, with prices starting from €156 9£137) per person, per night based on a standard room. Flights from London Gatwick to Innsbruck with easyJet start from £100 return.