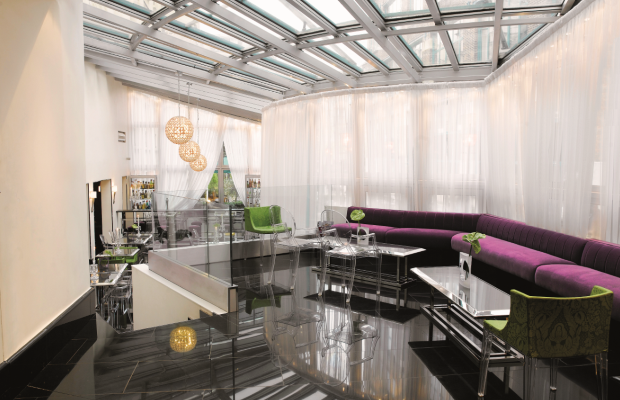 The Marais district – literally translated as ‘the marsh’ –  is certainly one of the trendiest areas of the French capital, and Les Jardins du Marais hotel is located at its heart.

The area – situated in the third and fourth arrondissements of Paris – may have had lowly agricultural beginnings but it was transformed into one of the most elegant districts in the capital in the 1600s when the aristocracy were looking for plots of land big enough for their grand residences. The building of the Place des Vosges by Henri IV in 1605 marked the pinnacle of the golden age of the area, but by the latter part of the seventeenth century the aristocracy had moved to Versailles, leaving the area to slowly descend into squalor.

However, these days its historic streets are home to quirky cafés and high-end fashion boutiques, tucked in between architectural wonders and grand mansions, hinting at the wealth of its former residents. Much like regenerated areas in New York or London, the Marais district has become the home of fashion designers and artists – inevitably leading the area to become a hub of activity. 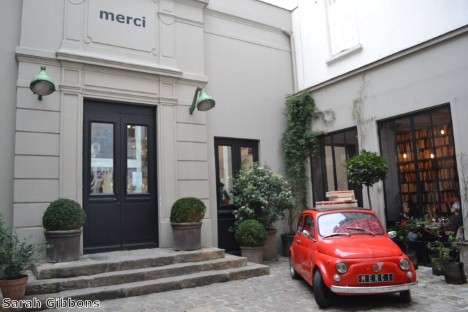 Merci – a fashion boutique in the Marais

Les Jardins du Marais, a four-star boutique hotel located just off the Boulevard Beaumarchais, was the ideal base in which to explore the area.

First impressions were great: the lobby area was chic, contemporary and very in fitting with the fashionable reputation of the Marais with plush purple furnishings, sparkling glass features and interesting light fittings.

We were offered a ‘prestige’ suite, complete with two bedrooms, two bathrooms (one with a shower and one with a bath), a small lounge area and kitchenette. Located at the back of the hotel, we reached it via a quaint cobbled courtyard, lined with cosy seating areas, ideal for the warmer months. It being early March, however, we headed straight for the warmth of our room. 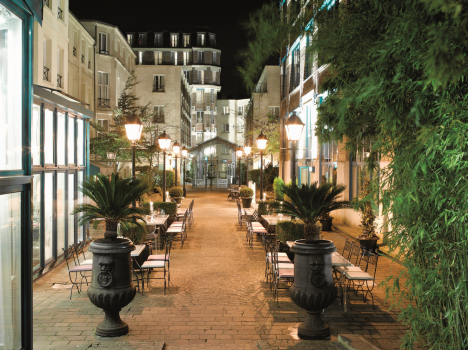 Our suite had a different feel and décor to the reception and restaurant area of the hotel: the furnishings were more subdued, in comparison to the bright interiors of the lobby, with a more art deco feel. I particularly liked the pictures hung around the suite. We had a delightfully big bed, facing a TV on the wall, which was great for a pre-dinner rest after walking the length and breadth of the city. The only downside turned out to be the fact that we were situated directly above the hotel’s 24-hour fitness centre, which created some noise in the mornings.

After breakfast – consisting of a continental spread of bread, croissants, fruit salad as well as a cooked breakfast option (I especially liked the option of boiling your own eggs) – we spent our days exploring the city.

The central location proved to be a real highlight – we could walk easily throughout the entire Marais district and the famous Notre Dame Cathedral was a mere 20 minute walk away. The only time we needed to get the metro was when we headed up to Montmartre and to the Eiffel Tower. Walking everywhere was a fantastic way to explore, meaning we found hidden streets and areas that we would never have come across if we had taken the metro to the main tourist sites. Finding quirky vintage shops in the Marais and grand gardens in the Latin Quarter certainly made up for the chilly temperatures. 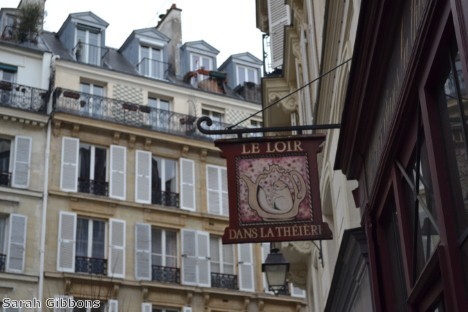 A cafe on the Rue de Rosiers

We were happy to spend most of our time in the Marais district. The Rue de Rivoli – which stretches from the grand Concorde area, right past the Louvre and to the imposing Hotel de Ville – was a great place to start. The snaking cobbled streets branching off from it are where you can really immerse yourself in the Marais however and a particular favourite of mine was the Rue de Rosiers in the heart of the Jewish Quarter. On Sunday, when the rest of the city was quiet and sleepy, the Rue de Rosiers was positively throbbing with activity. The majority of the shops are open too and I spent many an hour perusing vintage stores and boutique shops, stopping only to devour the delicious (and obviously very popular) falafel pitas from King Falafel Palace.

By the end of our spring break to Paris, I had certainly reminded myself why Paris is one of my favourite cities in the world. Les Jardins du Marais proved to be the perfect base in which to explore the Marais – an area I expect I will be travelling back to time and time again.

As soon as I arrived at Dalmahoy, A Marriott Hotel and Country Club, I knew that I had really arrived in Scotland’s capital. The hotel – originally a Baronial manor – is about as quintessentially Scottish as they come.

Looking for a room with a view? Well, look no further.