Top locations to take in on a world cruise down under 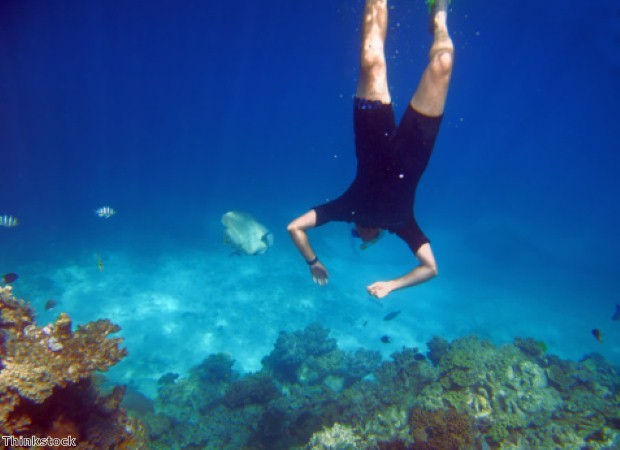 Go diving in Cairns on a world cruise

If you're planning a world cruise, your voyage is likely to take you down under, and Australia boasts an array of enticing locations you won't want to miss off your itinerary. From bustling cities to tranquil havens for nature, the destinations are varied and appealing in equal measure. Read on to discover our five top picks.

The town of Penneshaw is a picturesque settlement to be found on Kangaroo Island in South Australia. The sleepy town is home to a wonderful beach known as Hog Bay, which is an ideal place to sunbathe or swim. The many picnic spots make it popular with families and you can also enjoy a barbecue if you bring along some supplies.

A big draw for visitors to the island is the colony of fairy penguins that resides here. If you want to view the creatures, take a guided tour just after sunset to see the penguins making their way to their burrows in the sand.

You might gather from its name that the island also has many kangaroos, which you can spot between December and February (summer) or between June and August (winter).

Situated on the northwest cape of Western Australia, Exmouth is a town famed for its natural beauty. The beaches here are pristine and the landscape is craggy and rugged.

The town is the gateway to the World Heritage-listed Ningaloo Reef – where you can admire the swaying coral and whale sharks – as well as Cape Range National Park, which is characterised by deep canyons, limestone cliffs and beautiful beaches. As you make your way around, keep a lookout for the native kangaroos and emus at Yardie Creek.

The busy city of Melbourne is one of Australia's biggest and, as such, it boasts a large number of attractions worth taking in as part of a cruise. Among these is Federation Square, a modern plaza designed by contemporary architects that houses some of the metropolis' main tourist landmarks.

Located on the plaza are the centres owned by the Australian Commercial Galleries Association, where you can discover the best of modern art, while the Ian Potter Centre: NGV Australia is also located here and is part of the National Gallery of Victoria, showcasing the history of native art from the colonial period onwards as.

Melbourne Museum is a must-visit if you want to learn more about the city's past; the museum gives visitors an insight into the social history and indigenous cultures of the area.

The city of Cairns in North Queensland is popular with tourists hoping to enjoy its tropical climate and get close to the Great Barrier Reef. The settlement is the nearest gateway to the reef, so if you fancy exploring the world beneath the waves this is the place to do so.

Snorkelling and diving are among the activities you can get involved in here, but if you'd rather stay dry you can still witness the beauty of the underwater world aboard a glass-bottomed boat.

The island state of Tasmania is separated from the Australian mainland by the Bass Strait and Hobart – the capital – is a popular port of call for cruise ships. The city is one of the oldest in Australia and boasts a clutch of heritage sites, national parks and nature reserves.

Among the places of interest is Salamanca Place, which still retains its 19th century architecture. The waterfront warehouses were used for the whaling activities of the 1830s and now house art galleries and cafes.

Get the most out of your Alaska tour