Sports holidays around the world in 2010 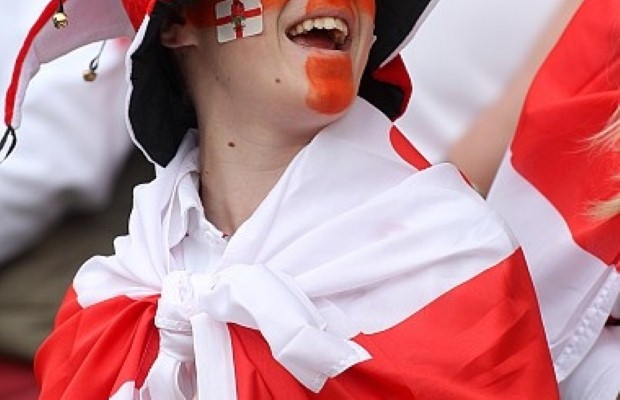 Celebratory champagne, shouting yourself hoarse, or the thunder of the peloton as they flash past – whatever brings sport to life, seeing it live is always better. 2010 is going to be a year of superb sport for fans so here are our top ideas for seeing winning sporting action around the globe:

Beecher’s Brook, The Chair and Canal Turn; names of jumps guaranteed to make even the toughest jockey’s blood run cold. See at first-hand the spectacle of 40 runners and riders tackle 30 fences over the four mile course.

How to get tickets: Tickets start from as little as Â£18 from the Grand National’s website or blow the budget on a premium package giving you seats in the Princess Royal Grandstand and access to the Old Weighing Room.

Where to stay: The Liner Hotel is one of Liverpool’s most original hotels; located in the heart of the bustling city, the hotel’s nautical theme graciously echoes Liverpool’s famous maritime history.

After months of knockout matches, the two finalists will battle it out at Madrid’s famous Bernabeu Stadium. This year’s event is the first to take place on a Saturday, so there’s no better excuse than to make a long weekend of it.

How to get tickets: Enter competitions for free tickets or buy them through UEFA’s website – as well as through a number of ticket agents. For die-hard fans, winning teams will have a number of reserved seats released just before the final.

Where to stay: With an outdoor and indoor pool plus fully-equipped gym with spa, Mirasierra Suites Hotel will provide football-loving guests with the perfect sport and relaxation break.

Spot the bogeys from the birdies at one of the four ‘majors’, this year held at Pebble Beach Golf Links – made even more challenging thanks to input from golf legend, Arnold Palmer.

How to get tickets: If you haven’t secured tickets through the ballot they are available on a first come, first served basis through the US Open’s website.

href=”http://www.preferredhotels.com/preferred_hotel/hotels/index.aspx?id=55994″ target=”_blank”>Casa Palmero sits next to the course’s first and second holes and provides a perfect vantage point to take in the tournament for guests quick enough to reserve one of its 24 rooms.

Lifting the trophy to rapturous applause at the world’s oldest tennis tournament remains the pinnacle of a professional player’s career. Now that the Centre Court is covered, you can be certain even the temperamental British summer weather won’t dampen your visit.

How to get tickets: If you’ve missed applying for Wimbledon tickets via the raffle, each day of the tournament there are a limited number available for tennis enthusiasts willing to queue – be warned you might need to bring a tent and start the night before!

Where to stay: The Colonnade near Notting Hill is the perfect location to enjoy the vibrancy of one of London’s most fashionable districts – the hotel offers four-poster beds and private terraces in many of its rooms.

Seen as one of the most physically demanding sporting events, the three-week long Tour de France reaches a breathtaking conclusion with a sprint finish through the streets of Paris.

How to get the best seats: As the race comes to a dramatic conclusion under the Arc de Triomphe, position yourself along the Champs-Elysees from early afternoon onwards for the best view.

Where to stay: From the Hotel Napoleon you’ll be able to see the riders cross the finish line. An Art Deco icon, the hotel has undergone extensive refurbishment and is the epitome of Parisian elegance.

Formula One’s only night-time race tests the wits and skills of the drivers like no other. Snaking around the city’s Marina Bay, the track takes advantage of Singapore’s colonial buildings to provide a stunning backdrop to the race.

How to get tickets: You can buy them directly from the Grand Prix’s website or through a number of ticket agencies.

Where to stay: Singapore’s The Fullerton Hotel is a riverside luxury hotel with a spa, outdoor infinity pool and Rolls-Royce limousines for that added indulgence. Each of its rooms has views of the sunlit atrium, city skyline or river promenade – providing the perfect vantage point to admire the city.

First held in 1930, the Commonwealth Games are attended by over 5,000 athletes from across the former British Empire and take place in a different city only every four years. This year, India hosts the games for the first time – attracting supporters from all over the world.

How to get tickets: Tickets are available from Commonwealth Games Associations, online at or from dedicated sports ticket companies.

Where to stay: New Imperial Palace is one of the city’s most stunning hotels; a former British Raj residence, the property has a gym and pool as well as child care services to keep younger guests amused.

For something completely different, this Spring why not head to Las Vegas and watch the annual Rock, Paper, Scissors Tournament. Months of college knockout tournaments conclude in a blistering final showdown – the winner walking away $20,000 richer.

How to get tickets: You can apply online at www.usarps.com with more details to be announced soon.

Where to stay: From the Signature at MGM Grand you can enjoy the sights and sounds of Las Vegas right on ‘The Strip’. With heated outdoor pools and spas, a gym, nightclub and entertainment from Cirque de Soleil, you’ll never need to leave the hotel.

Equestrian holidays around the world

One of the world's leading groups of independent hotels has announced the top ten most popular hotels in terms of visitor numbers to its website.

Travel in 2010 is going to be all about value and how much holiday experience bang you can get for your buck.

Christmas holidays around the world

If you fancy getting away from it all over Christmas then here are a few Christmas holiday ideas – great destinations to visit over the festive period.