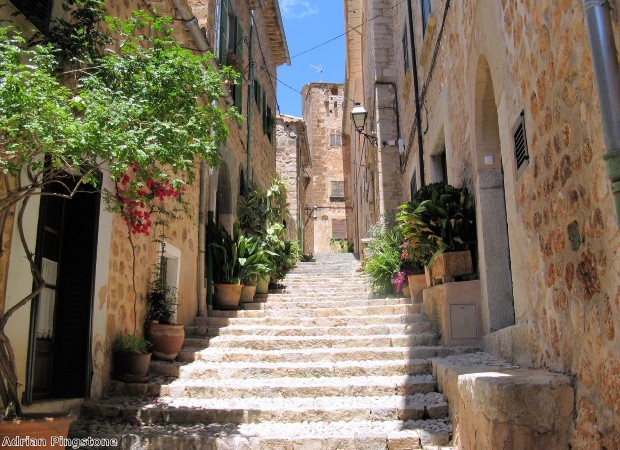 Many people go on holiday with the aim to do as much sightseeing as possible. If this is the case for you, visit Majorca, as there are plenty of sites to take in and you'll soon discover the island offers more than just sun, sea and sand!

While, for many, the Balearic Island is best known for its golden beaches, energetic nightlife and warm seas, there is a huge range of other activities you could be taking part in on Majorca holidays, namely visiting the many castles and ruins dotted around the isle.

Here are a few that history enthusiasts should not miss:

Visit Santueri Castle on your first trip sightseeing in Majorca, as this is the best-preserved fort on the island. It was built in the 14th century, and since then, it has seen a huge number of events that have occurred on the isle over the last few hundred years.

It is situated 7 km away from Felanitx and stands tall on the mountains, giving it a great position to overlook the rest of Majorca and the sea in the distance. This gave it a good perspective of different views around the island, which was important when it came to protecting the area from the threat of conquest.

In the past, it has been used by the Romans and also by the Arabs, both of whom wanted to be protected from external forces. This is just a snippet of Majorcan history, much of which you can find out more about with a visit to the castle.

If you are more interested in ancient history, head to Pol-lentia, where you can see the remains of a Roman city, founded in 123 AD.

Many of the buildings that were constructed during this period still remain, giving you an insight into the enclave the Romans used to reside in and how they once lived.

As well as buildings, paths and houses, visit the 1st century Roman theatre, which is the only one that still exists in the Balearic Islands.

An interesting place to head to if you're interested in archaeology is Son Real. Here, you will find an old public farmstead that offers the chance to learn more about people on the island – as well as from other cultures around the world – over the centuries.

This is because there is evidence of different buildings and farming practices from medieval times, including archaeological remains that reveal a lot about Majorca's history. It was bought by the Balearic government in 2002 in an attempt to protect prehistoric sites and enable more visitors like yourself to find out about them.

One statue that you might wish to take a look at while on holiday in Majorca is that of Fray Junipero Serra, with this local friar being immortalised in this monument due to his work establishing nine missions.

He created these missions for the Franciscan order in California in the 18th century, with more being built in cities around the US as a result of this. His work evangelising this area of America made him a well-known figure in Majorca, hence the statue on the island.