Not sure what ski resort to choose for your next snowsports holiday? We’ve listed the best ski resorts in Europe – by country – according to the World Ski Awards 2013.

Andorra – Vallnord
In a nutshell: Vallnord covers the ski areas of Arinsal, Pal, and Ordino-Arcalis in Andorra. Offering 93km of marked runs serviced by 43 lifts, the Vallnord area is great for skiers and snowboarders of all abilities.
Don’t miss: The Ordino-Arcalis resort for the best snow later in the season, due to its north-facing position in the Ordino Valley.

Austria – Kitzbühel
In a nutshell: Kitzbühel is one of the most popular ski resorts worldwide, with 170km of groomed, marked and prepared pistes, plus 32km of ski routes.
Don’t miss: The legendary “Streif”, the most spectacular (and hardest) downhill ski race track in the world. During the winter, before and after the race, the Streif is a public ski area for those that want to give it a go!

Bulgaria – Bansko
In a nutshell: The ski resort of Bankso is situated in the picturesque Pirin Mountain range, with 70km of ski slopes for all experience levels.
Don’t miss: A hearty meal of Bulgarian fare at one of the many cosy “Mehanas” (restaurants) after a packed day on the slopes. 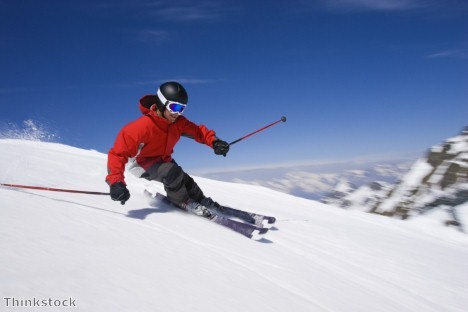 Finland – Ruka
In a nutshell: Ruka’s ski season lasts from October to May, one of the longest in Europe. There are 34 ski slopes to choose from, suitable for all standards.
Don’t miss: Ruka – a prime spot in which to catch the majestic Northern Lights this winter season. Hop on a snowmobile and head out on a tour into the wilderness and marvel at the elusive aurora.

France – Val Thorens
Val Thorens, France, took the overall title of World's Best Ski Resort at the World Ski Awards 2013.
In a nutshell: Europe’s highest ski resort at 2,300m, Val Thorens is the highest point in the 3 Vallées ski area, the largest ski area in the world with over 600km of runs.
Don’t miss: The Ski Bar at Altapura – a Nordic-inspired ‘ski palace’ which sits at the lofty altitude of 2,300m – which is set to redefine stylish après-ski. The bar has been constructed using more than 60 pairs of colourful ski boots and 20 skis!

Italy – Cortina d’Ampezzo
In a nutshell: Cortina is part of the Dolomiti Superski area, the world’s largest skiing carousel that links 12 top skiing resorts; just one ski pass gives you access to 450 lifts and 1,220km of pistes and trails.
Don’t miss: Nordic skiing. Cortina is part of Dolomiti Nordic Ski, the largest Cross-country ski circuit in Europe, with 1,300 km of cross-country ski tracks; 70 of which are set in the Natural Park of the Ampezzo Dolomites, one of four protected nature reserves in the Veneto Region.

Norway – Trysil
In a nutshell: Family-friendly Trysil is Norway's largest ski destination. It is comprised of four interconnected ski areas, from the challenging black slopes found in Høgegga to the intermediate pistes at Skihytta, Trysil Turistsenter and Trysil Høyfjellssenter.
Don’t miss: On Tuesdays, Fridays and Sundays, Trysil offers evening skiing, when you can enjoy skiing on floodlit slopes until 8 pm.

Russia – Krasnaya Polyana
In a nutshell: Sometimes called the "Russian Courchevel", Krasnaya Polyana lies at the foot of the Caucasus Mountains. From the 2013/14 winter season, the resort will offer 30km of world-class ski slopes (previously, there were only 10km), with an extensive range of pistes varying in difficulty from green to black; 12 chair and gondola lifts, totalling 10km in length, will carry skiers to the slopes. Four resorts are being built – almost from scratch – in preparation for the 2014 Sochi Winter Olympics, namely  Rosa Khutor, the venue for the men’s and women’s downhill racing events.
Don’t miss: The brand-spanking-new Olympic Village.

Slovenia – Kranjska Gora
In a nutshell: Kranjska Gora is a resort nestled in the foothills of the Julian Alps and is considered a great resort for families.
Don’t miss: If you’re around in March, check out the Planica ski jump event. Hordes of spectators flood into the resort to watch the event and there’s a great atmosphere.

Sweden – Åre
In a nutshell: Åre is the largest ski area in Scandinavia, comprising of Duved, Åre By and Åre Björnen. The slopes in Åre's three destinations vary from beginner-friendly to crazy-steep and suit all tastes.
Don’t miss: Åre is a winter wonderland, so when you’re not carving down the pistes, have a go at snowshoeing, snowmobiling or husky-sledding.

Switzerland – Laax
In a nutshell: The stylish Swiss resort of Laax boasts 235km of pistes with five snow-secure valley runs, and four snowparks. It’s also got a thriving restaurant and apres ski scene.
Don’t miss: Scheduled for January 13-19th, the 2014 Burton European Open (BEO) will be the last relevant contest in Europe before the Winter Olympic Games, therefore the last chance for many riders to qualify for Sochi 2014.

Want to jet off skiing but not sure you can afford it this year? If you choose the right resort, you may not be as out of pocket as you might expect.

Ski resorts in France, Austria, Switzerland, Italy, Slovenia, and Sweden have been chosen as part of a new top ten of Europe's best places to ski in 2008.

Travel experts have named their top ten ski destinations for the new winter sports season, which is now in full swing.

Give something back on your gap year – volunteer abroad