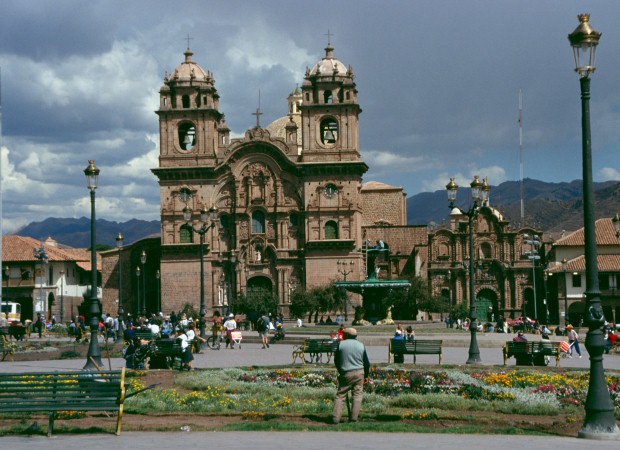 The Inca culture is one of the most fascinating in South America and Peru is the perfect destination to choose if you'd like to learn more about this civilisation and the relics they left behind. Here are some of the best locations to see and explore Inca sites.

Situated high in the Andes, Cusco is a must-visit for many travellers as it's where Inca trail trips typically begin from. If you'd like to learn more about what to expect on the famous route to Machu Picchu, click here.

Cusco itself is well worth exploring either before or after your trek to Machu Picchu, as it has an interesting combination of colonial and Inca architecture. The Spanish conquistadors built on top of many existing structures and in places you can clearly see where the Inca ones end and the Spanish ones begin.

One of the best examples of this is the Koricancha Temple, which was among the most important Inca temples in the city. The foundations of this structure were used as the base for the Convent of Santo Domingo, and you will notice the difference between the polished blocks of granite used by the Incas and the brickwork of the Europeans.

Just outside Cusco is the fortress Sacsayhuamen, which overlooks the city from its location on a hill. The terraces that once formed the enclave are vast, with the walls that protected it equally impressive in their size and construction.

The Peruvian capital Lima might not seem like the most obvious place to find out about the Inca civilisation, but there are numerous relics from this era that stand side-by-side with the more modern buildings of this thriving city.

At the Hullamarca complex, for example, you'll find a series of pyramid-shaped temples that provide a stark contrast to the sleek lines of the skyscrapers in the rest of the city. In the Pucllana Historical Park, which can be found in the Miraflores neighbourhood, evidence of religious ceremonies and rituals has been unearthed. To learn more about it, pay a visit to the onsite museum, where you can view some of the artefacts that have been discovered in the area.

The Pachacamac Shrine is an archaeological zone in Lima that is also worth a visit, as several of the temples and palaces have been reconstructed. Burial sites were also found in this part of the city and you can learn all about which gods were worshipped at Pachacamac, as well as why it was such an important Inca pilgrimage destination, in the museum located within the park.

Espiritu Pampa is not as easily accessible as Lima or Cusco, as it is located in a remote jungle area approximately 150 km from Cusco. This means it has yet to become a main tourist destination, making it much more exciting to explore.

This city was the last enclave of the Incas and large sections of it are still hidden within the undergrowth. You can wander among the ruins and walls that have been uncovered by various excavations and imagine how this settlement must have looked at its height.

The best way to get to Espiritu Pampa is to trek through the rainforest as the Incas would have done hundreds of years ago. As it's well off the beaten tourist trail, it really will make you feel as though you are an explorer discovering somewhere completely new.

A trip to explore the Inca Trail really is unforgettable.