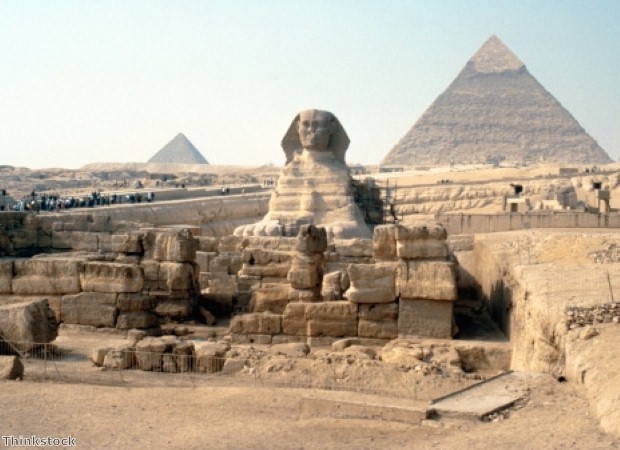 Egypt is one of those countries that has something to offer everyone. It is perfect for sun worshippers, water sports fans and those who like to relax on the beach. However, there is one site that almost everyone who comes here wants to see – the Pyramids of Giza.

If you plan to look online for a cheap all inclusive holiday to the north African country, make sure you don't miss out on the chance to visit this impressive landmark, which is one of the Seven Wonders of the Ancient World. Read our guide before you go, so you can entertain your travelling companions with your knowledge of Ancient Egypt.

Standing on the outskirts of Cairo, you can see these ancient marvels from the city. However, it's well worth taking a trip to the structures themselves so you can view them close up.

As a feat of engineering, these buildings are simply awe-inspiring. It is estimated it took anywhere between a few thousand and 100,000 workers to construct them, using giant stones to create the inside, before fitting smooth and shiny stone to the exterior shell. These would have been transported along the Nile in boats and it is believed one whole pyramid would have been constructed a single level at a time from the ground up.

When you consider the largest was built between around 2560 and 2540 BC, well before the invention of motorised transport, lifting or stone cutting equipment, and that it would have been put together relying on brute manpower, the structures really are architectural marvels.

This is not only the oldest and largest of the pyramids, but it is also the best preserved. Considering its age, this is something of a spectacle in itself.

The Giza landmark is widely believed to have been built as a tomb for the pharaoh Khufu, who was a fourth dynasty ruler of the country. It took two decades to complete and for thousands of years was the tallest manmade structure on the planet.

As a result, you should prepare to feel truly awe-inspired as you approach it, as no photograph can do justice to the sheer size and spectacle of it. Inside are chambers and passageways that show the structure is even more complex than it looks from the outside.

The giant stone sculpture of the Sphinx, which appears to guard the pyramids, is no less an impressive – or mysterious – sight than its neighbours. Like the pyramids, it is built from limestone, although this time there was already a rocky outcrop in place, which was used as the foundation. It is huge in size, measuring 241 ft long, 20 ft wide and more than 66 ft tall.

There is much debate surrounding the statue, which is the oldest in the world. Some believe it was constructed during the reign of Khafra, who also built the second-largest pyramid of Giza.

However, some have suggested it must be much older, as there is evidence of erosion caused by water. As a result, they claim the statue is older than the pyramids, which have been eroded by wind and sand, and must have existed at a time when there was still rain in Giza.

You can make up your own mind when you visit, and it really is well worth booking a daytrip here during your stay. However, if it is too far to travel from your resort, don't despair too much as Egypt is home to some 80 pyramids in total so you should find one close to where you are based.

Villas in France for wine, food and culture

Why not visit historic San Gimignano?