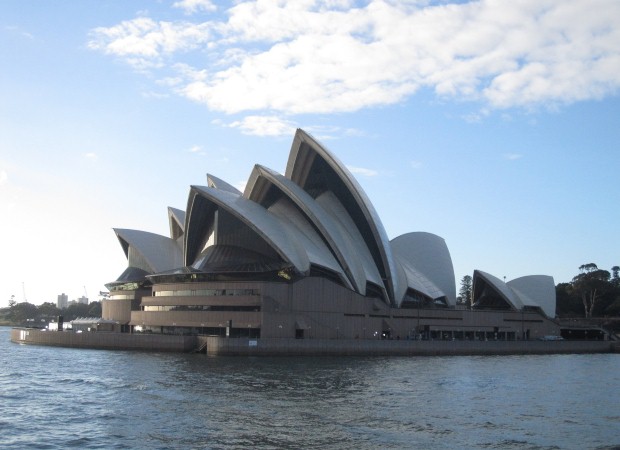 There's lots to get up to in Perth and jet-setters hopping off cheap flights to the city will be spoilt for choice upon arrival – especially when it comes to culture.

It might be difficult deciding which attractions to take in first, but a good place to start could be the city's galleries to see some local art.

Alternatively, the Central TAFE Art Gallery – which houses a series of contemporary displays that change on a monthly basis – could be a good choice while in Perth.

If arts and crafts are more of an interest, tourists getting off Perth cheap flights might prefer to make their way to Form Contemporary Craft and Design at the King Street Arts Centre, where modern works created from Australian glass, jewellery, textiles, ceramics, wood and metal can be found.

Similarly, Aspects of Kings Park on Fraser Avenue could be fun, with handcrafted glassware, homeware and jewellery to be found and all proceeds going towards Kings Park and Botanic Gardens.

Checking out some of the public artworks on show could also be a great way to spend a day and get to know the city into the bargain. Perth has more than 200 pieces to be viewed around its streets, with some dating as far back as 1863.

These include Urban Reflections: Percy in the Mirror by The Smith Sculptors, which can be found in the Hay Street Mall, as well as the Peter Pan Statue by George Frampton in Queens Garden, a copy of the original statue in Kensington Gardens in London.

Keep an eye out for Gate 2: Coalesce by Akio Makigawa, a sculpture installed in 1987 that has become one of the city's landmarks and is now a well-known meeting place.

Music fans absolutely must head on over to the Perth Concert Hall, renowned around the world as having some of the best acoustics the southern hemisphere has to offer.

Located right in the heart of the city, the venue has seen some of the greats take to its stage, such as PJ Harvey, Michael Buble, Noel Gallagher, Tori Amos and Wynton Marsalis, while the London Symphony, Chicago and Philharmonic Orchestras have also performed to audiences here. 2011 will see the Vienna Philharmonic Orchestra perform as part of the hall's World Orchestra Series.

If jet-setters are keen to see more local talent, however, then booking seats for one of Yirra Yaakin's shows could be an excellent idea.

This company was set up in 1993 by an Aboriginal steering committee following strong demand from young people regarding participation in youth theatre programmes.

Last year, the group emerged as the leading indigenous theatre company in Australia, winning awards for partnerships, governance and theatre. In the last 15 years, it has brought out 36 new productions and reached more than 400,000 audience members and participants.

Other attractions that people should check out during their stay in Perth include the town hall, which was constructed in 1868 and is a great example of local historic architecture, while the jetties at Barrack Square could prove interesting.

The riverside is home to restaurants, cafes, public art and a fun bar, as well as the Swan Bells Belltower. This houses the 12 bells of St Martin in the Fields Church, as well as the parish church of Buckingham Palace. It is open each day from 10:00 local time and features exhibitions and a viewing platform.

And should holidaymakers want to see some of the surrounding countryside, then a walk alongside the Swan River might be a great day out.

There are dual-use paths around the waterway so that people can skate, ride or walk – and there is also the opportunity to try a few water sports, such as canoeing, windsurfing and sailing.

Alternatively, tourists might be tempted by the bridge walk around the river, crossing at Narrows Bridge and the Causeway, which takes around two and a half hours.

Using the Causeway, people can also make their way to Heirisson Island, home to a colony of western grey kangaroos, with the best times to see these marsupials being dawn and dusk.

Hire a car in Nice with Auto Europe